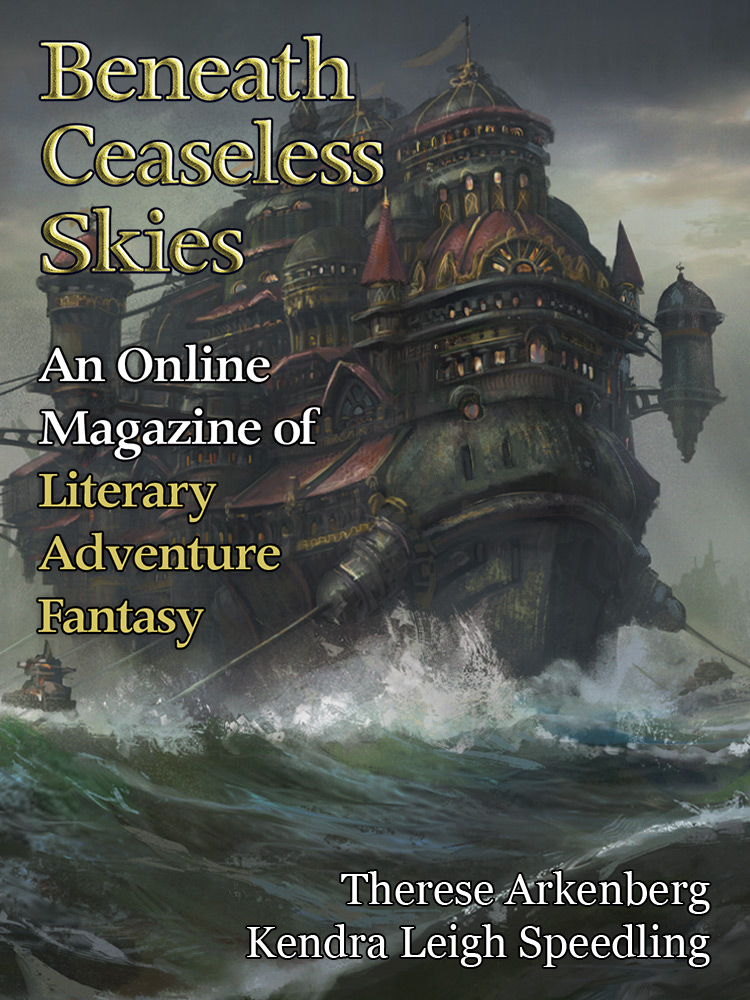 BCS #179 is out, featuring two stories of isolation and interaction among odd companions.

Kendra Leigh Speedling offers “The Exile of the Eldest Son of the Family Ysanne,” a story of family and mystery and exile.

The BCS Audio Fiction Podcast is BCS 156: Seasons Set in Skin, Caroline M. Yoachim’s tale of the aftermath of war and motherhood from BCS #177. It’s guest-narrated by Tina Connolly, BCS author and narrator of past podcast episodes including BCS 121: The Breath of War by Aliette de Bodard, BCS 091: Cursed Motives by Marissa Lingen, and a lead role in the full-cast reading of BCS 150: The Punctuality Machine, Or, A Steampunk Libretto by Bill Powell.

Accompanying them From the Archives with BCS #179 is “And Her Eyes Sewn Shut with Unicorn Hair” by Rosamund Hodge, from BCS #73, a tale of confrontation against a difficult foe, not unlike “The Grace of Turning Back.” All behind new cover art: : “Kodran Migrant Fleet” by Tyler Edlin.