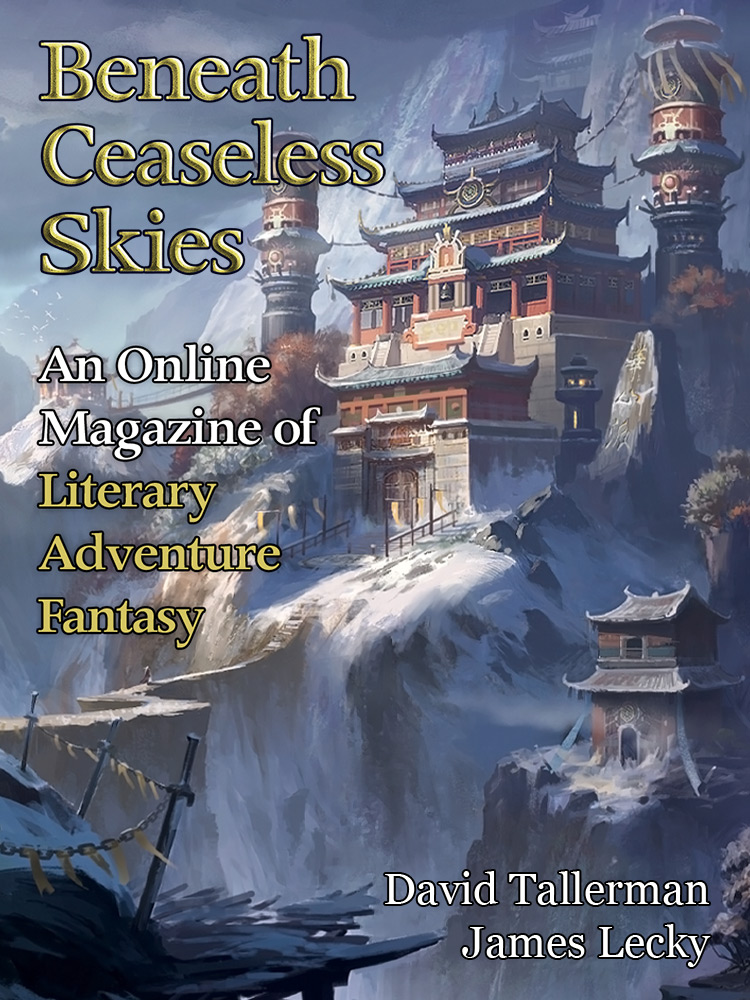 BCS #189 is out today, featuring two returning BCS authors and a returning guest narrator for the podcast episode.

David Tallerman (“Ill-Met at Midnight” in BCS #128 and guest-narrated podcast BCS 110) returns to BCS with “A Killer of Dead Men,” a new tale of Otranto Onsario the guild assassin.

James Lecky (“And Other Such Delights” in BCS #42 and “The Bone House” in BCS#20 and podcast BCS 018) offers “So Strange the Trees,” a tale of a sword duelist in love and encountering strange happenings.

The BCS Audio Fiction Podcast returns with BCS 163: A Killer of Dead Men. It’s guest-narrated by audiobook and podcast narrator John Meagher, who narrated David Tallerman’s previous BCS tale of the assassin Otranto Onsario, BCS 110: Ill-Met at Midnight, and BCS 133: No Sweeter Art by Tony Pi, which was a finalist for the 2015 Parsec Awards.

The From the Archives story with BCS #189 is “The Calendar of Saints” by Kat Howard, from BCS #79, Third Anniversary Double-Issue, a tale of a duelist who struggles not with love like that in “So Strange the Trees” but with duty and theology.

All behind a new crop of our cover art for the winter season of our Northern Hemisphere readers: “Huashan Temple” by Xiao Ran.