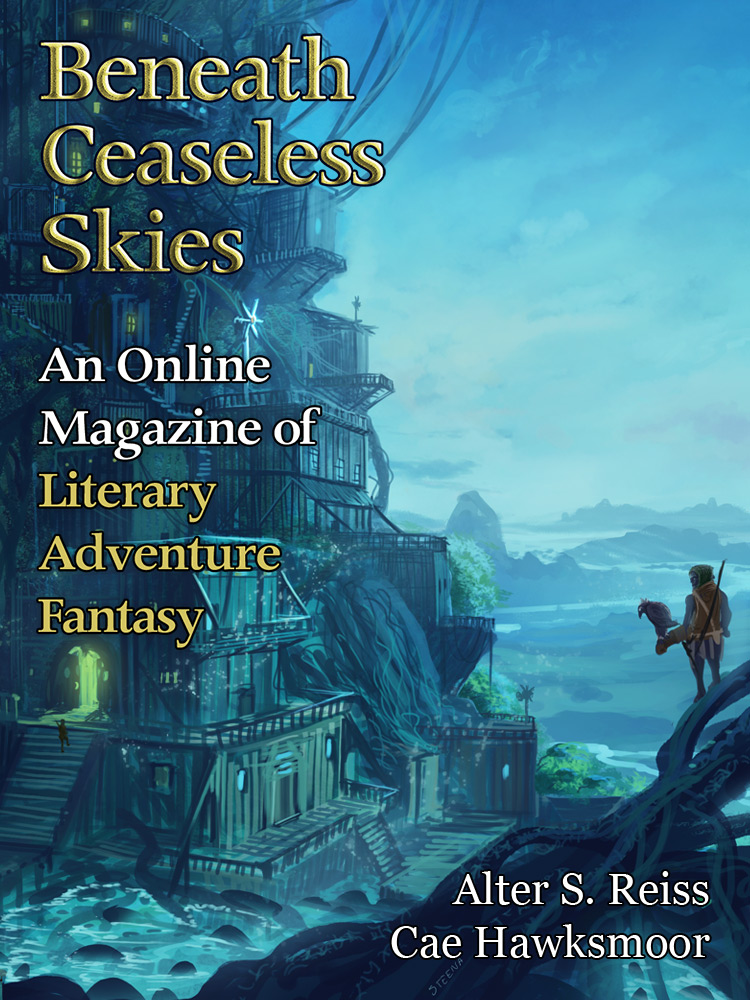 Alter S. Reiss (“By Appointment to the Throne” in BCS #155) takes us to a deserted island of strange visions where a sole exile encounters a newcomer in “Sea of Dreams.”

C.A. Hawksmoor (“Y Brenin” in BCS #167) returns to several of the characters from that story but in a much later, isolated situation and era in their lives in “The Stone Garden.”

The BCS Audio Fiction Podcast episode is BCS 172: Sea of Dreams, the Alter S. Reiss story of exile and strangeness.

The From the Archives story with BCS #196 is “The Black Waters of Lethe” by Oliver Buckram, from BCS #150 and podcast BCS 130, guest-narrated by Norm Sherman of The Drabblecast and Escape Pod. It’s a story of strangeness and exile not unlike “Sea of Dreams.”

All behind new cover art for early spring for our Northern Hemisphere readers: “Forest” by French artist Geoffrey Icard.