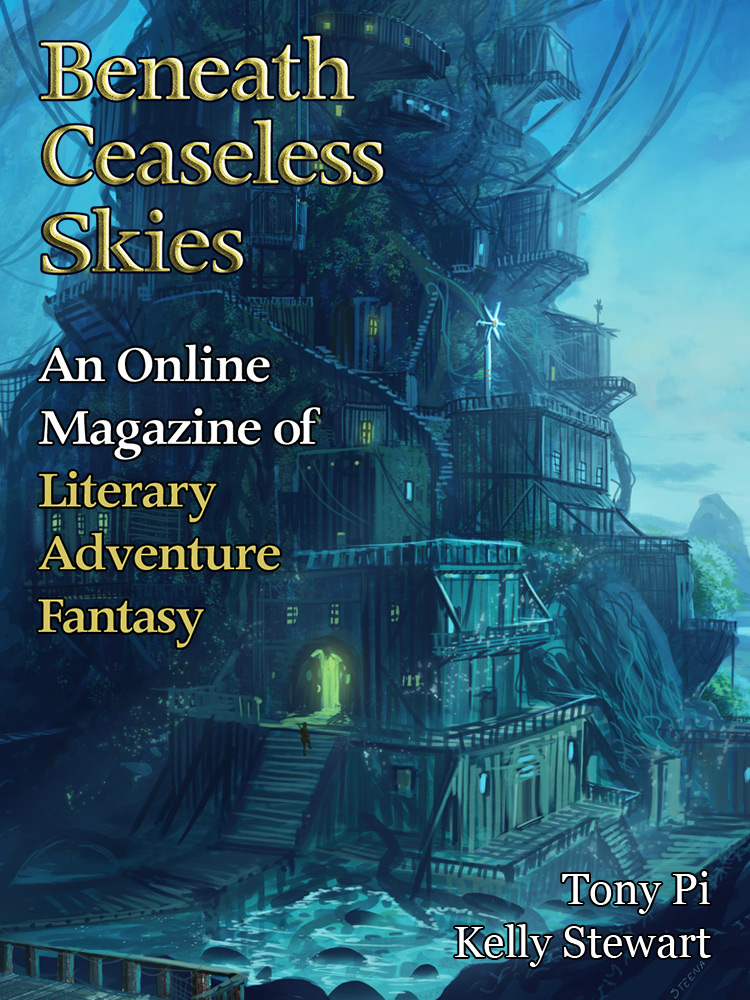 BCS #197 is out today, with two stories featuring animal secondary characters and protagonists who must engage with them.

Tony Pi (“No Sweeter Art” in BCS #155, “The Curse of Chimère” in BCS #53, among others) returns to his candy hawker sorcerer from “No Sweeter Art,” which was a finalist for the Aurora Awards, in “The Sweetest Skill.” It’s a new tale in which Tangren Ao must treat with competing zodiac animal spirits in order to aid his city’s god.

Kelly Stewart in “Rabbit Grass” shows a young protagonist wary of a tricksy animal character who asks her for help.

The BCS Audio Fiction Podcast episode is BCS 173: The Sweetest Skill, Tony Pi’s story of candy-sculpting sorcery and zodiac animal spirits. It’s guest-narrated by audio book narrator John Meagher, who has narrated many past BCS podcast episodes, including BCS 133: No Sweeter Art, one of Tony Pi’s previous tales of Tangren Ao and zodiac spirits. That podcast was named a finalist for the Parsec Awards.

BCS #197 also features a new episode of the BCS Audio Vault: 023: No Sweeter Art by Tony Pi, that previous tale of Tangren Ao that was a finalist for the Parsec Awards last year. It’s introduced by narrator John Meagher, talking about the story and its narration.

The From the Archives story with BCS #197 is “One Ear Back” by Tina Connolly, from BCS #97 and podcast BCS 084, a tale in which human and animal characters must engage with each other.

All behind another view of our new cover art for early spring for our Northern Hemisphere readers: “Forest” by French artist Geoffrey Icard.