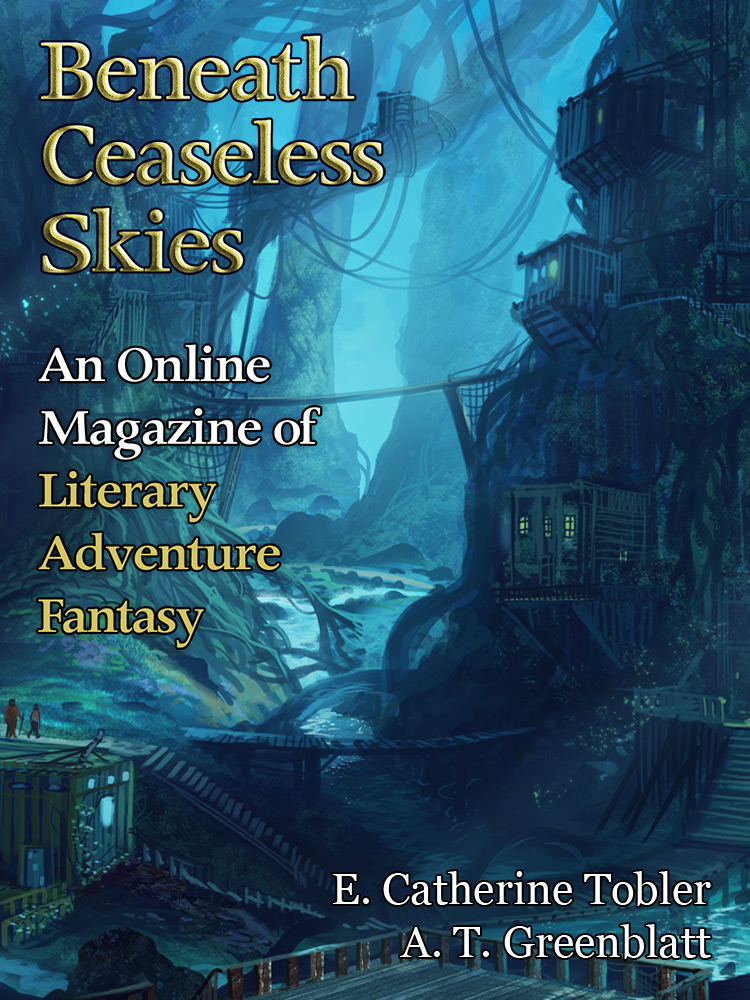 BCS #199 is out today, featuring two stories of protagonists venturing into unknown reaches.

E. Catherine Tobler returns to BCS with “Cloud Dweller,” another story set in the same world-traveling circus setting as several of her previous BCS stories (“Splitskin” in BCS #172,“We, As One, Trailing Embers” in BCS #147 podcast BCS 127, “Artificial Nocturne” in BCS #126, “Lady Marmalade” in BCS #98), featuring a tightrope-walker walking across the reaches of the sky.

A.T. Greenblatt offers “They Said the Desert,” a story of a dogged protagonist crossing a desert trade route while hounded by a past companion.

The BCS Audio Fiction Podcast episode is BCS 175: They Said the Desert, the A.T. Greenblatt story.

BCS #199 also features a new episode of the BCS Audio Vault: 024 The Topaz Marquise by Fran Wilde, a dark tale of a craftsman caught between his own desires and ancient forces. It’s introduced by the author, explaining the titular gemstone and the protagonist’s relationship with it.

The From the Archives story with BCS #199 is “Songdogs” by Ian McHugh, from BCS #27 our First Anniversary Double-Issue, a tale of a journeying character hounded by a past companion not unlike the A.T. Greenblatt story “They Said the Desert.”