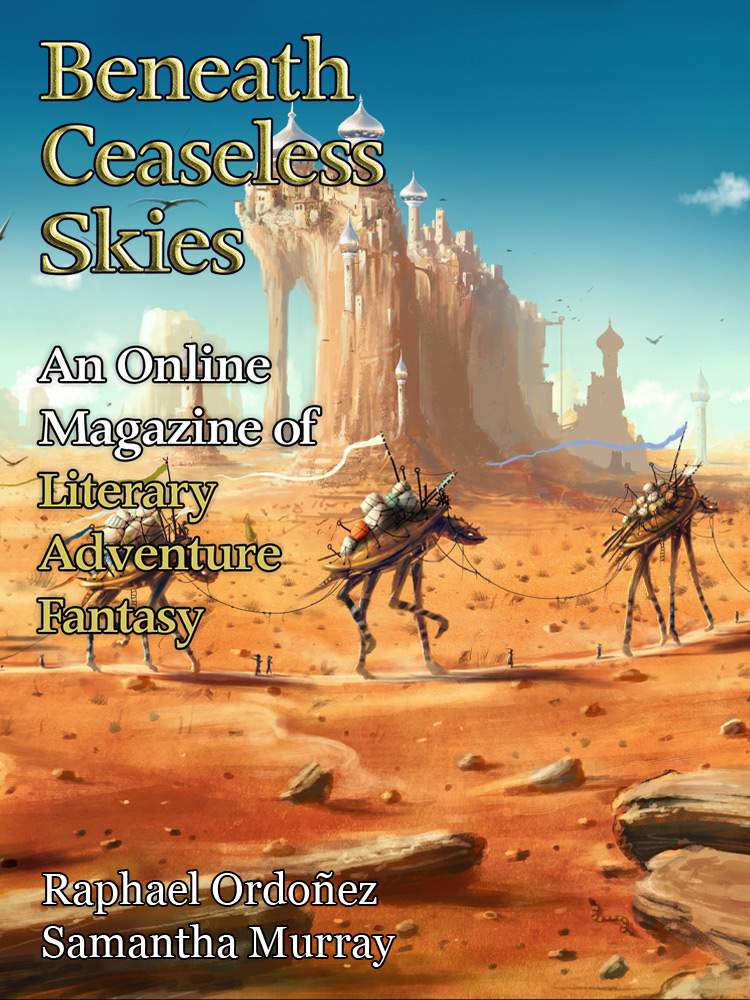 BCS #205 is out today, featuring a returning BCS author and a new one.

Samantha Murray offers “A Deeper Green,” a tale of duty and sacrifice and society.

The From the Archives story with BCS #205 is “Breathing Sunshine” by Garth Upshaw, from BCS #64 and podcast BCS 056, a tale of unlikely companions in a drive to help others, not unlike “Salt and Sorcery.”

All behind new cover art: “Tortoise Caravan” by Marek Hlavaty:

The BCS Audio Fiction Podcast is on a brief hiatus. In the meantime, peruse our episodes from earlier this year and from 2015, including BCS 150: The Punctuality Machine, Or, A Steampunk Libretto by Bill Powell, a special large-cast reading featuring multiple guest narrators, and BCS 173: The Sweetest Skill by Tony Pi, guest-narrated by John Meagher, a sequel to BCS 133: No Sweeter Art that last year was named a finalist for the Parsec Awards.