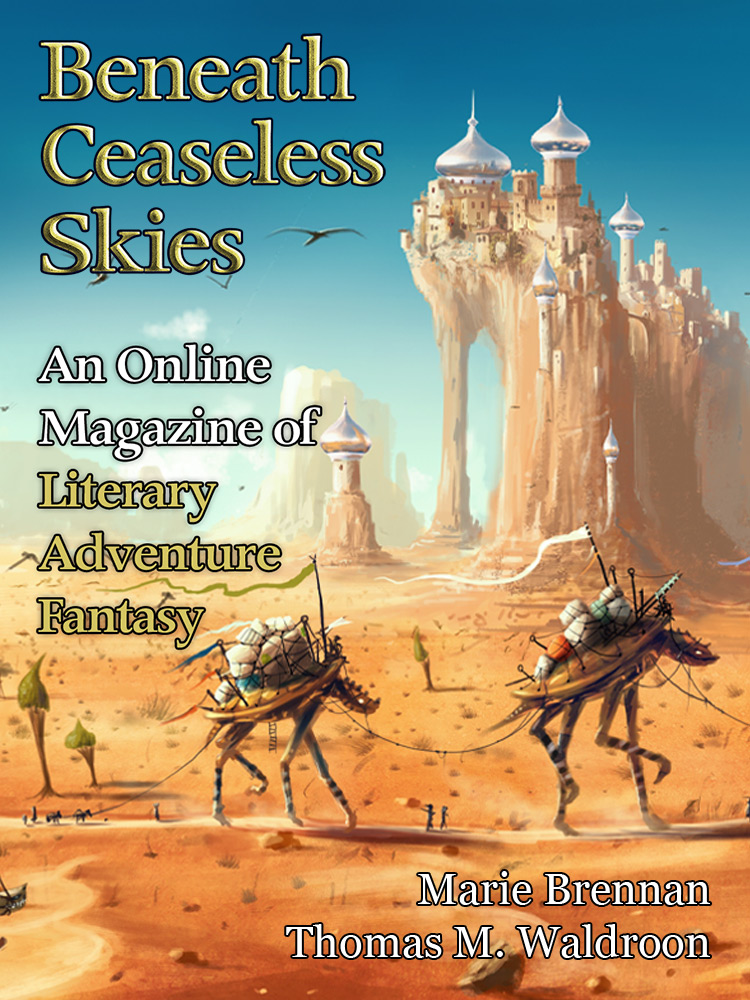 Thomas M. Waldroon (“‘Or I Wil Harrie Them Out of This Land’” BCS #198, and “Sinseerly A Friend & Yr. Obed’t” in BCS #171 and the new anthology Best of BCS Year Seven, out early exclusively and on sale at Weightless Books) offers a third historical fantasy in his series of uniquely voiced literary interpretations of pre-modern America: “George & Frank Tarr, Boy Avencherers, in ‘Beeyon the Shours We Knowe!!!!’,” a lyrical tale of two brothers on a strange river journey that is not what it seems.

The BCS Audio Vault podcast features a new episode BCS Audio Vault 025: And Blow Them at the Moon by Marie Brennan, a previous story in the same Onyx Court historical fairie setting as “To Rise No More.” It’s introduced by the author, explaining how she works the plots of her novels and stories into history without sidelining the actions taken by real people.

The From the Archives story with BCS #207 is World Fantasy Award-winner James Morrow’s novel excerpt from Galápagos Regained, from BCS #164 and podcast BCS 141, a historical steampunk novel in a setting not unlike “To Rise No More.”