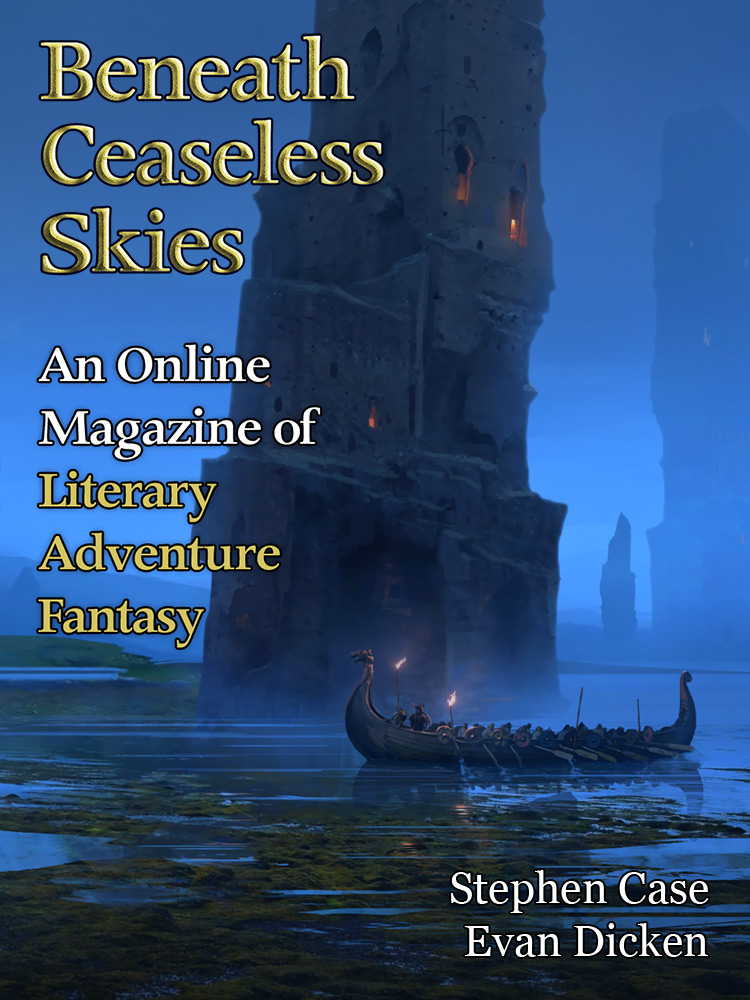 BCS #212 is out today, featuring one returning BCS author with a story set in that world and one new one.

Stephen Case (“The Wizard’s House” in BCS #166, “The Unborn God” in BCS #150, among others) returns to BCS with “The Aeroliths,” a tale set in the same world and featuring some of the same characters as the two above.

Evan Dicken offers “The Uncarved Heart,” a tale of subjugation and childhood companions’ struggle with rebellion.

The From the Archives story with BCS #212 is “Serkers and Sleep” by Kenneth Schneyer, from BCS #96, a tale of childhood companionship and struggle not unlike “The Uncarved Heart.”