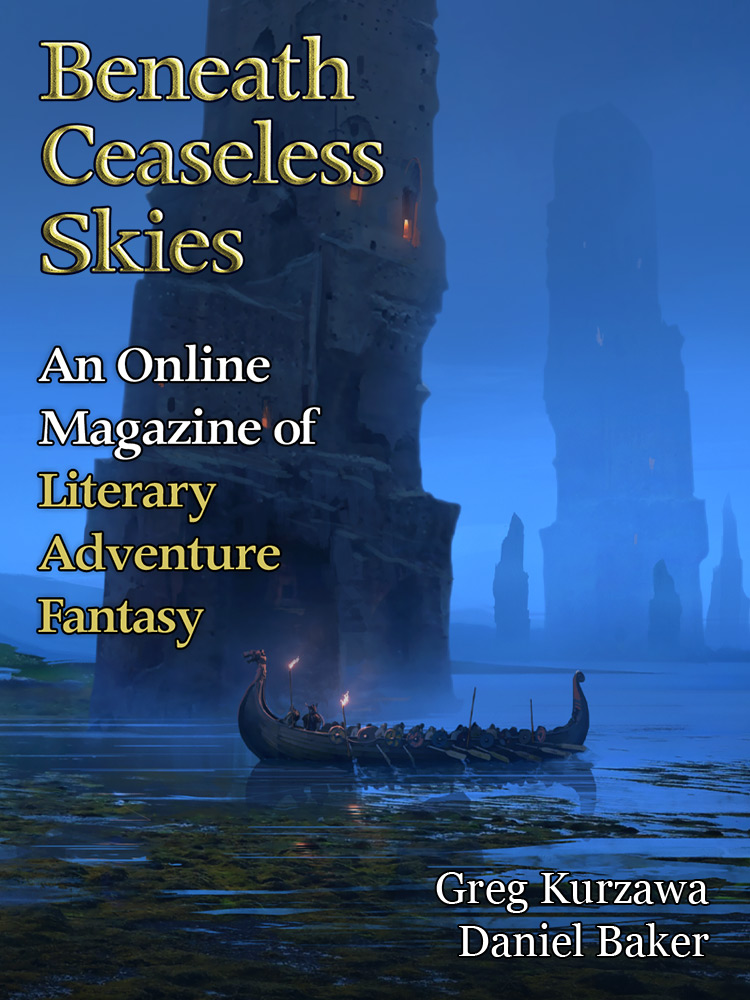 BCS #213 is live today, two days early for the US holiday this week, featuring dark tales from a returning BCS author and a new one.

Greg Kurzawa (“The Study of Monstrosities” — in BCS #127 and podcast BCS 109) returns to BCS with “Masks of the Mud God,” a dark tale of family and dominance and legend.

Daniel Baker offers “The Marvelous Inventions of Mr. Tock,” a tale of an investigator confronting questionable morality in a suspect and himself.

The From the Archives story with BCS #213 is “Clockwork Heart, Clockwork Soul” by Kris Dikeman, from BCS #16 back in 2009, facing an equally dark and maniacal foe as in “The Marvelous Inventions of Mr. Tock.”

The BCS Audio Fiction Podcast is on a brief hiatus. In the meantime, peruse our episodes from earlier this year, including one named a finalist for the 2016 Parsec Awards, F/SF highest awards for podcasting–BCS 173: The Sweetest Skill by Tony Pi, guest-narrated by John Meagher–and others by Gregory Norman Bossert, Marie Brennan, Rachael K. Jones, and more.