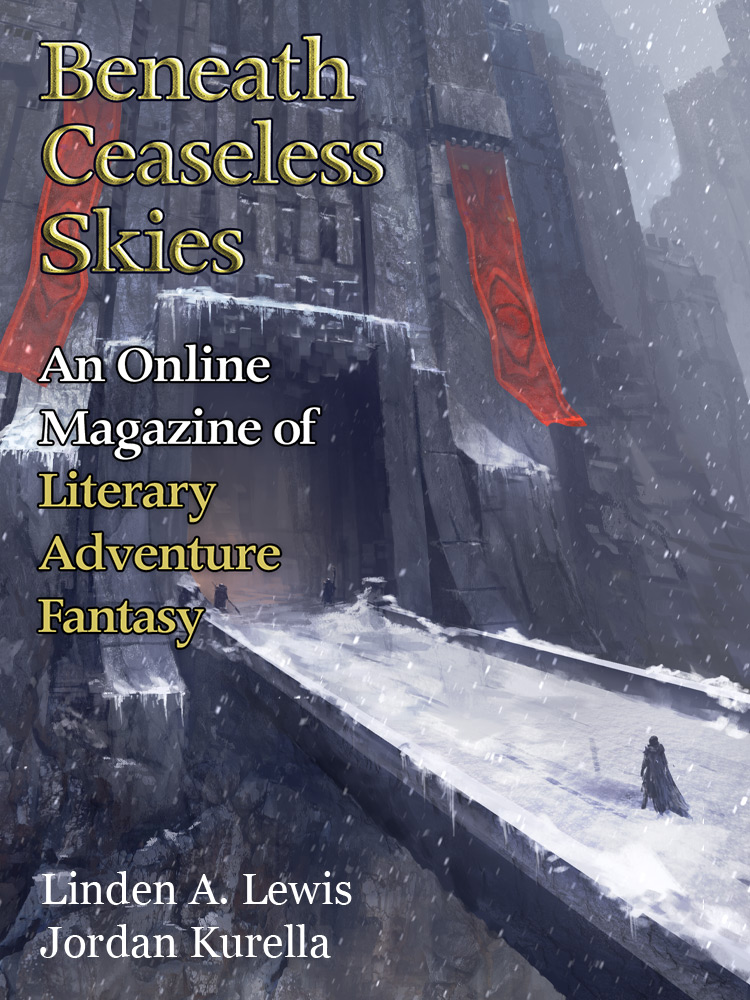 BCS #215 is out today, featuring Weird Western-ish stories from two authors new to BCS and one From the Archives.

Linden A. Lewis offers “Where She Went,” a science-fantastical Weird West-ish story of a grandfather struggling through harpies to seek his granddaughter.

Jordan Kurella offers “The True and Otherworldly Origins of the Name ‘Calamity Jane’,” a Weird Western with past guilt and fairies.

The From the Archives story with BCS #215 is “Swallowing Silver” by Erin Cashier, from BCS #172, our Special Weird Western Issue, and podcast BCS 149, a Weird West of family, monsters, and family monsters. All behind new cover art for the end-year season: “The Sacred Flames” by Jinxu Du.

The BCS Audio Fiction Podcast is on a brief hiatus. In the meantime, peruse our episodes from earlier this year, including one named a finalist for the 2016 Parsec Awards–BCS 173: The Sweetest Skill by Tony Pi, guest-narrated by John Meagher–and others by Gregory Norman Bossert, Marie Brennan, Rachael K. Jones, and more.