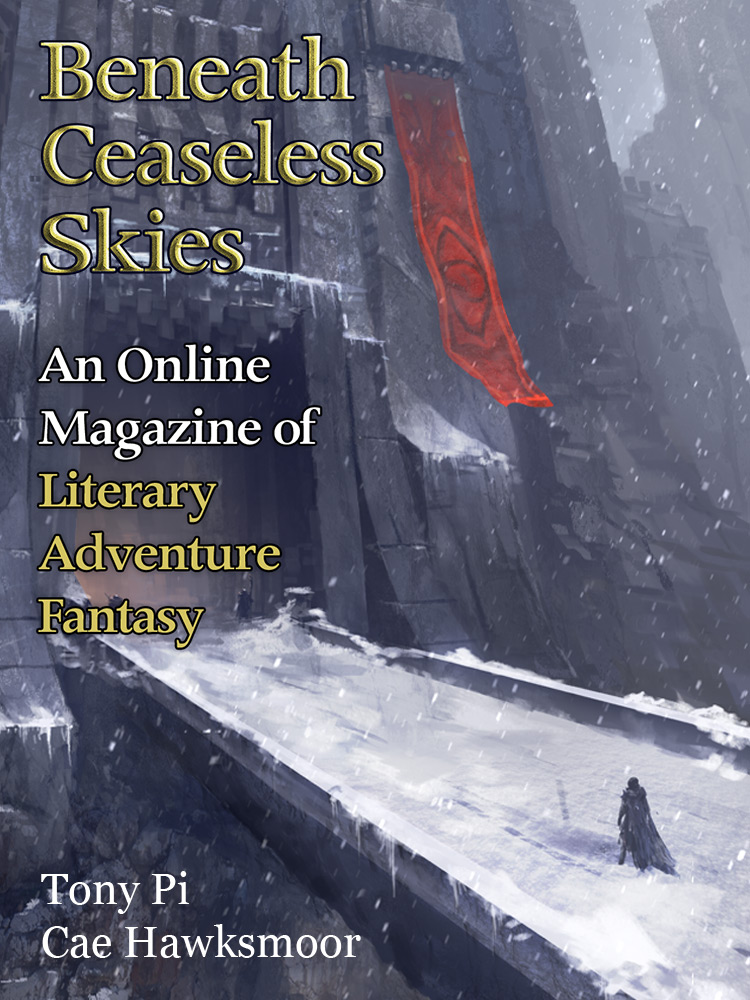 BCS #217 is out today, featuring tales from two returning BCS authors and a guest-narrated episode of the BCS Audio Fiction Podcast.

Tony Pi (“The Sweetest Skill” in BCS #197 and podcast BCS 173, “No Sweeter Art” in BCS #155 and podcast BCS 133, among others) returns to BCS with “Proteus Lost,” a Renaissance-setting adventure-fantasy tale of puzzles and codices.

The BCS Audio Fiction Podcast episode is with BCS 188: Think Of Winter by Eleanna Castroianni, from BCS #216. It’s guest-narrated by Michael J. DeLuca, narrator of past BCS podcasts including BCS 187: Wooden Boxes Lined with the Tongues of Doves by Claire Humphrey, BCS 174: Whale-Oil by Sylvia V. Linsteadt, and BCS 179: Mortal Eyes by Ann Chatham.

The From the Archives story with BCS #217 is “The God Thieves” by Derek Künsken, from BCS #84, a tale of Renaissance-setting intrigue and mystery not unlike “Proteus Lost.”

All behind a new crop of our cover art for the winter season: “The Sacred Flames” by Jinxu Du.