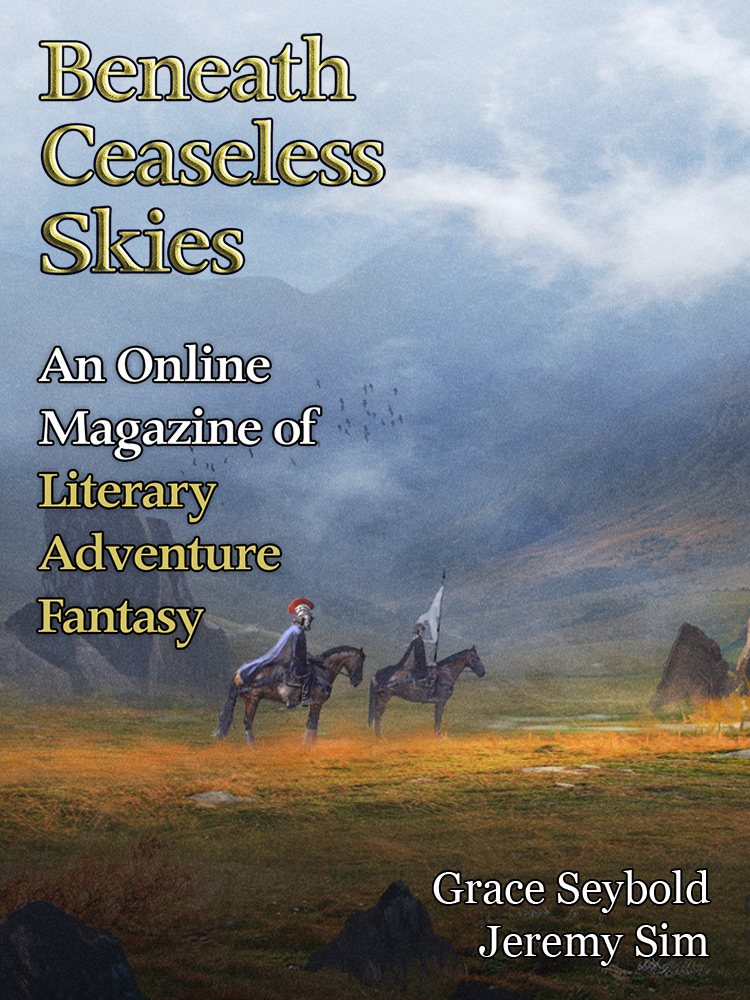 BCS #219 is out today, featuring character-centered struggles from two returning BCS authors and a guest-narrated podcast.

Grace Seybold (“A Place to Stand” in BCS #89 and podcast BCS 079; “Unrest” in BCS #12 and podcast BCS 012) returns to BCS with “Gravity’s Exile,” a tale of a solo trek up a vertical world derailed by locals and invaders.

Jeremy Sim (“What Pada-Sara Means to the Elephant” in BCS #206) offers “The Last Dinosaur Rider of Benessa County,” where a character trying to overcome obsolete prospects must break free of entanglements from his past.

The BCS Audio Fiction Podcast episode is BCS 190: Men of the Ashen Morrow by Margaret Killjoy, from BCS #218. It’s guest-narrated by M.K. Hobson, who has narrated past BCS Podcast episodes such as BCS 182: Abere and the Poisoner by Jonathan Edelstein, BCS 176: Laws of Night and Silk by Seth Dickinson and BCS 166: The Three Dancers of Gizari by Tamara Vardomskaya.

The From the Archives story with BCS #219 is “Sinking Among Lilies” by Cory Skerry, from BCS #92, a story of a trek interrupted by locals and invaders, not unlike “Gravity’s Exile.”

All behind a new crop of our new cover art: “Source” by Florent Llamas.