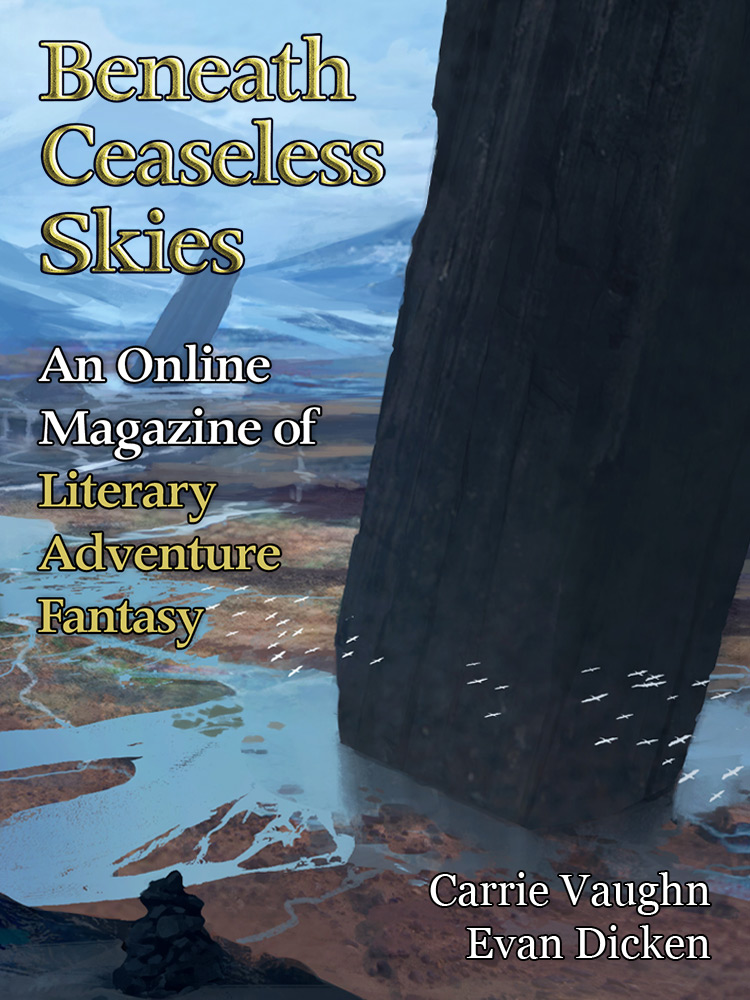 BCS #223 is out today, featuring stories of quests both external and internal.

Carrie Vaughn (“Sun, Stone, Spear” in BCS #169 and podcast BCS 146) returns to BCS with “I Have Been Drowned in Rain,” the climax of a group quest where interpersonal conflict unearths secrets.

Evan Dicken (“The Uncarved Heart” in BCS #212 and podcast BCS 186) offers “When We Go,” a solo quest with eternal stakes and equally personal secrets.

The BCS Audio Fiction Podcast episode is BCS 194: I Have Been Drowned in Rain, the Carrie Vaughn story of quest conflict. It’s guest-narrated by Setsu Uzume, who narrated BCS 180: The Night Bazaar for Women Becoming Reptiles by Rachael K. Jones.

From the Archives with BCS #223 is “How the Wicker Knight Would Not Move” by Chris Willrich, from BCS #99 and podcast BCS 085, a tale of group quest and personal conflict not unlike “I Have Been Drowned in Rain.”

All behind a new crop of our cover art for early spring in the Northern Hemisphere: “Pillars of the Gods” by Ward Lindhout.