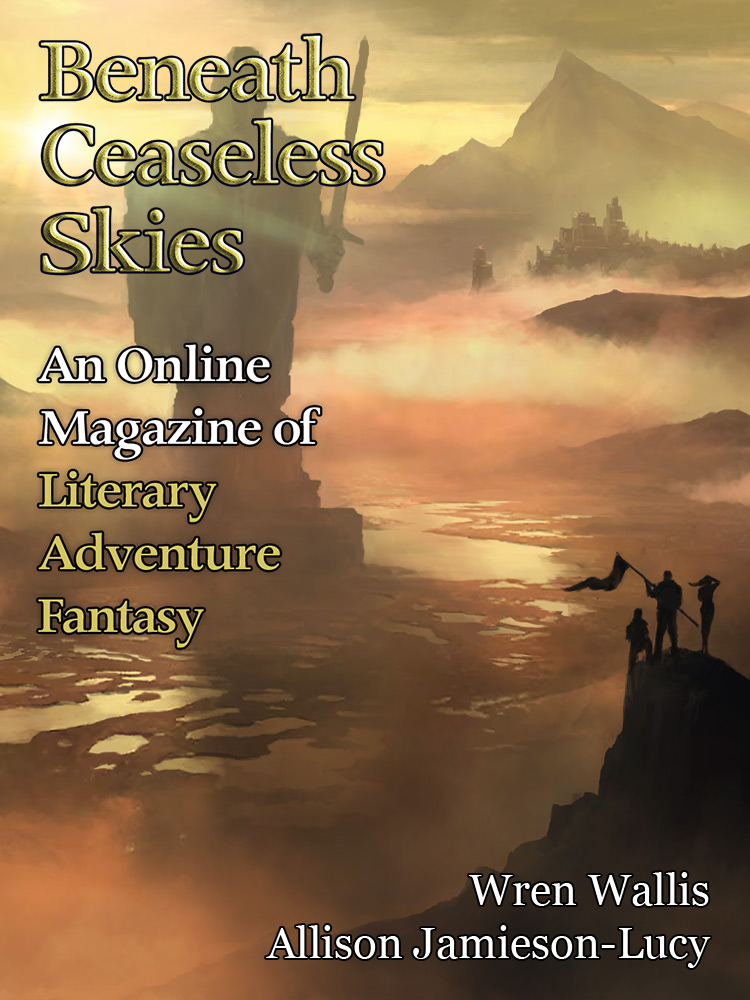 BCS #227 is out, featuring stories of characters fighting to live their lives under oppressive societal conditions.

The BCS Audio Fiction Podcast episode is BCS 198: Two Bodies in Basting Stitch, the Allison Jamieson-Lucy story. It’s guest-narrated by M.K. Hobson, who has narrated past BCS Podcast episodes such as BCS 190: Men of the Ashen Morrow by Margaret Killjoy, BCS 176: Laws of Night and Silk by Seth Dickinson, and BCS 166: The Three Dancers of Gizari by Tamara Vardomskaya.

From the Archives with BCS #227 is “Stone Prayers” by Kate Marshall, from BCS#177 and podcast BCS 155, a story of a character fighting war and its adherents, not unlike “After Burning.”

All behind new cover art for early summer for our Northern Hemisphere readers: “Monument” by Jeff Brown.