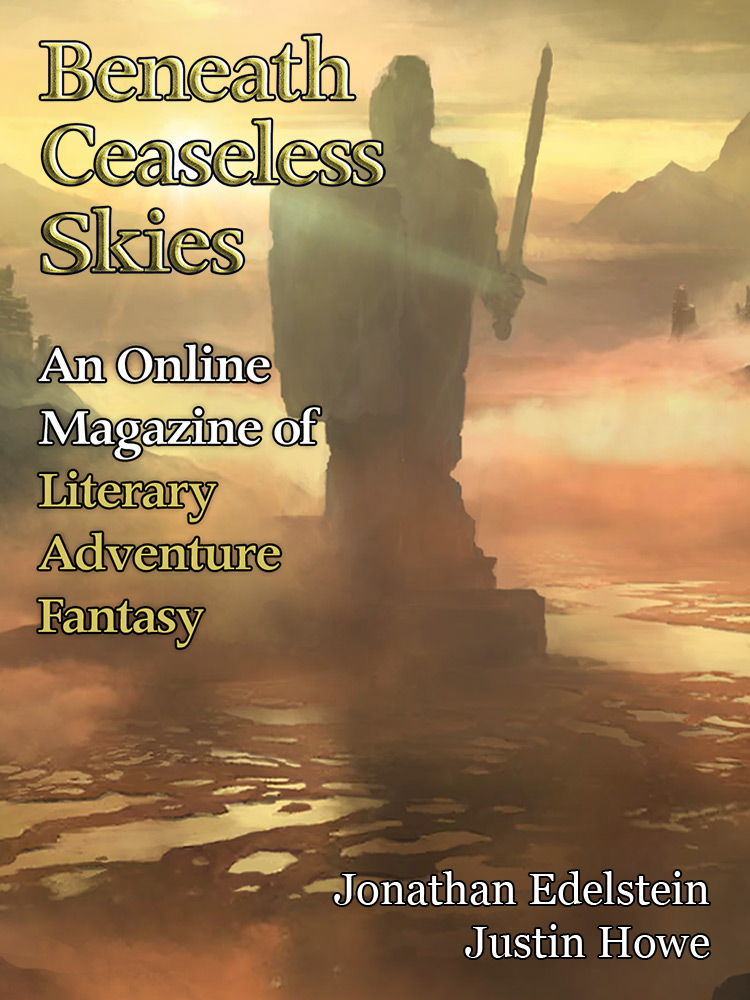 BCS #228 is out today, featuring stories of characters and the written word and its impact.

Jonathan Edelstein (“The Shark God’s Child” in BCS #222; “Abere and the Poisoner” in BCS #208 and podcast BCS 182) offers “Of Letters They Are Made,” the story of an archeo-linguist using tales and manuscripts and children’s insight to try to solve an ancient language and what it means for the present.

The BCS Audio Fiction Podcast episode is BCS 199: A Late Quintessence, the Justin Howe story, with its taut confrontation of institutional directive.

From the Archives with BCS #228 is “On the Origin of Song” by Naim Kabir, from BCS #131, our Fifth Anniversary Double-Issue, a story of and about tales and manuscripts and institutional directive.

All behind a new crop of our cover art for early summer for our Northern Hemisphere readers: “Monument” by Jeff Brown.