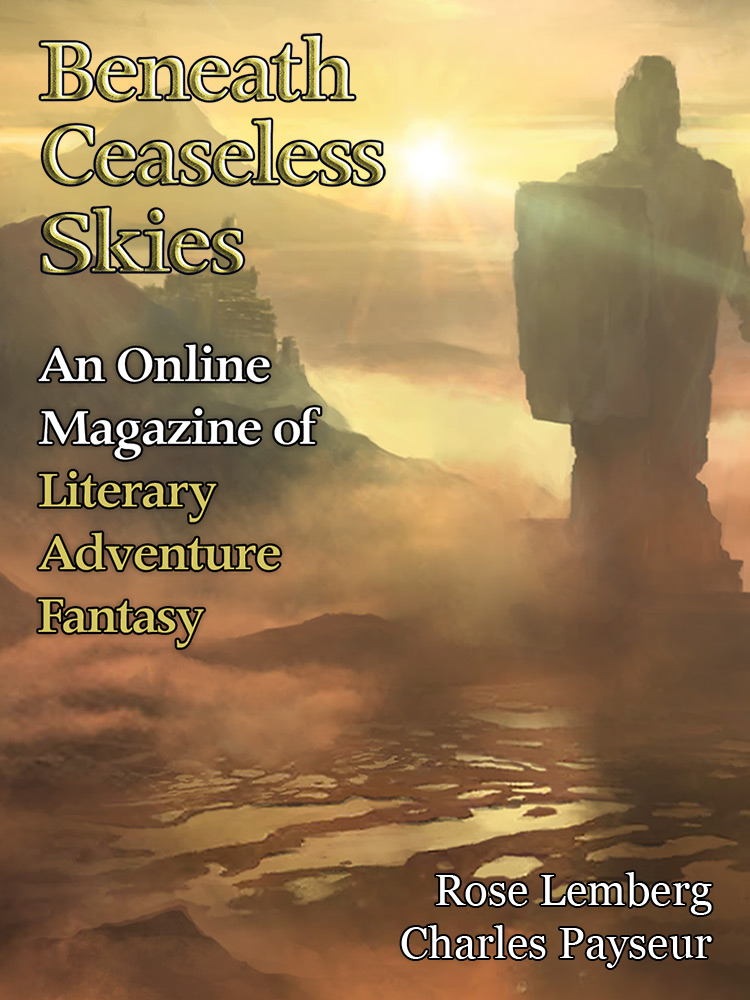 BCS #230 is out today, featuring Pt. II of a unique novella, and a new story and guest-narrated podcast.

Rose Lemberg (“The Book of How to Live” in BCS #209, “Geometries of Belonging” in BCS #183, “Grandmother-nai-Leylit’s Cloth of Winds” in BCS #175, “Held Close in Syllables of Light” in BCS #80) offers Pt. II of their novella “A Portrait of the Desert in Personages of Power,” set in the same Birdverse world of their other BCS stories, concluded from Pt. I in BCS #229.

(A five-hour audio podcast version of the full novella is available as BCS 200: A Portrait of the Desert in Personages of Power, guest-narrated by C.S.E. Cooney.)

The BCS Audio Fiction Podcast episode is BCS 201: Rivers Run Free, the Charles Payseur story of fleeing authoritarianism, guest-narrated by David Thompson (“Blessed are Those Who Have Seen and Do Not Believe” in BCS #191 and podcast BCS 165) of Podcastle.

From the Archives with BCS #230 is “Breathing Sunshine” by Garth Upshaw, from BCS #64 and podcast BCS 056, a tale of questing through harsh lands not unlike “Rivers Run Free.”

All behind a new crop of our cover art for early summer for our Northern Hemisphere readers: “Monument” by Jeff Brown.