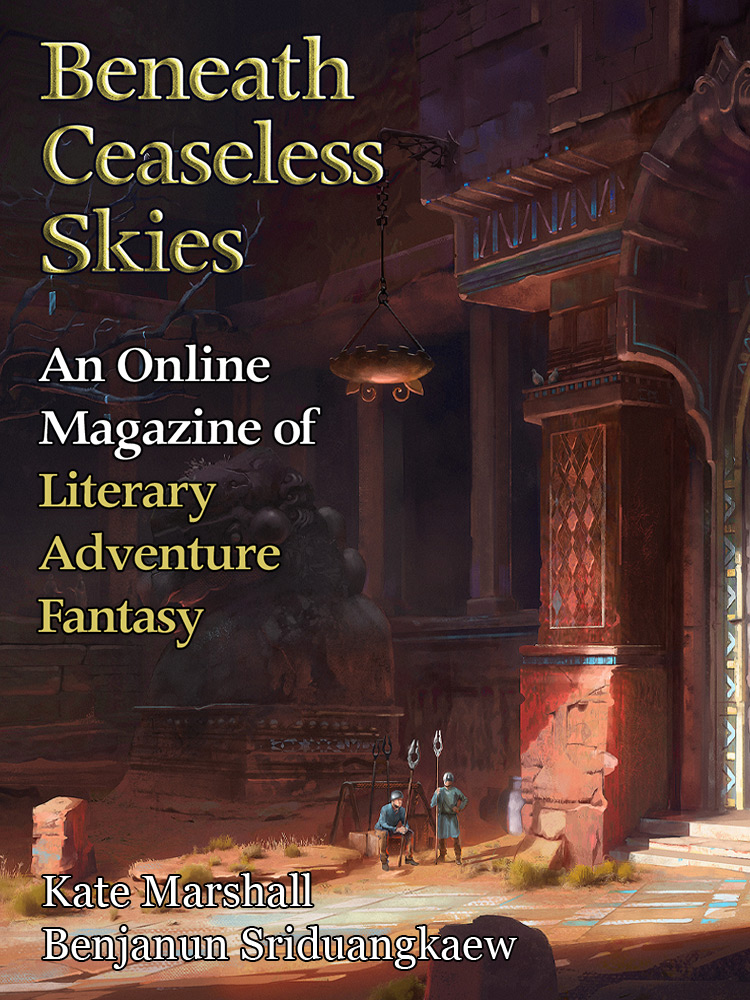 Kate Marshall (“Stone Prayers” in BCS #177, and podcast: BCS 155) returns to BCS with “Red Bark and Ambergris,” a story of growing up in an olfactory-based magic system and facing a royal scheme for power.

Benjanun Sriduangkaew (“The Insurrectionist and the Empress Who Reigns Over Time” in BCS #178, “Golden Daughter, Stone Wife” in BCS #144 and podcast BCS 124, among others) offers “No Pearls as Blue as These,” a story of an old foe coming home.

From the Archives with BCS #232 is “Y Brenin” by Cae  Hawksmoor, from BCS #167, which features old foes forced together.

All behind a new crop of our cover art for late summer in the Northern Hemisphere: “Bird House” by Jordan Grimmer.