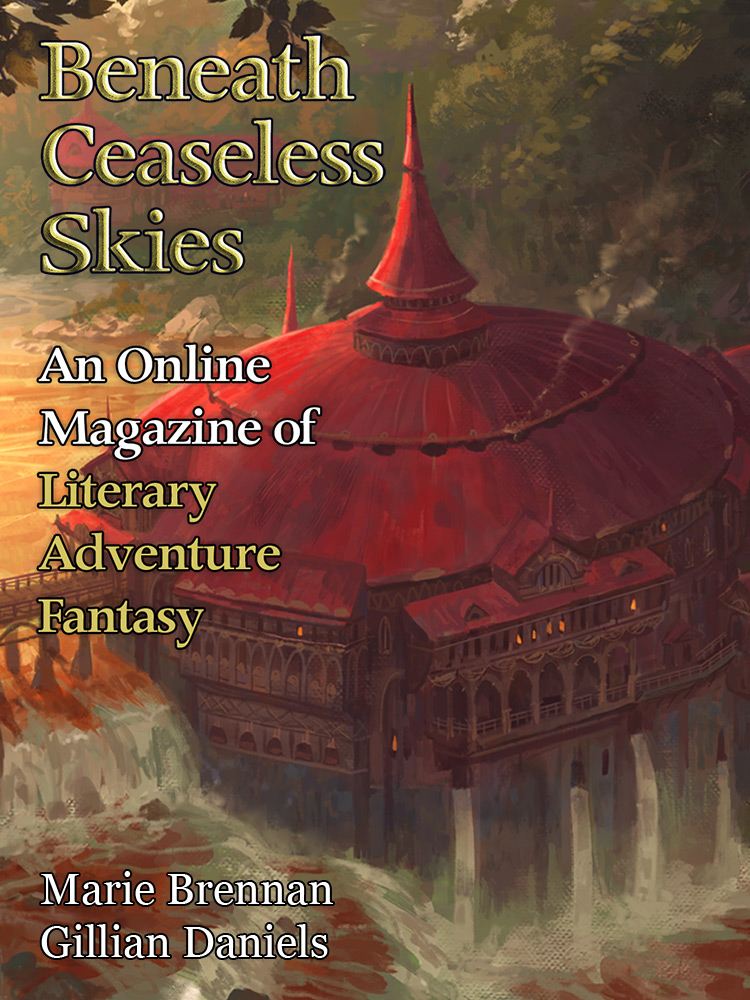 BCS #238 is out today, featuring two tales of deception and caper, including the 500th story published in BCS!

Marie Brennan (“To Rise No More” in BCS #207; “The Ascent of Unreason” in BCS #104 and podcast BCS 089, plus two other Driftwood stories; “And Blow Them at the Moon” in BCS #50 and podcast BCS 044; among nine others) returns to BCS with “The Şiret Mask,” a dashing tale set in a new world of rich customs.

“The Şiret Mask” is the 500th story to appear in BCS! Over nine years; since our debut back in 2008. Marie Brennan also authored the fourth story in BCS, “Kingspeaker,” way back in BCS #3 and podcast BCS 003.

From the Archives with BCS #238 is “The Jewels of Montforte” by Adam Corbin Fusco, from BCS #44, an adventure fantasy tale in a unique world, with a bit of capering not unlike “The Şiret Mask” or “His Wife and Serpent Mistress.”

All behind a new crop of our cover art for our Ninth Anniversary and early autumn in the Northern Hemisphere: “Riverhome“ by Veli Nyström.