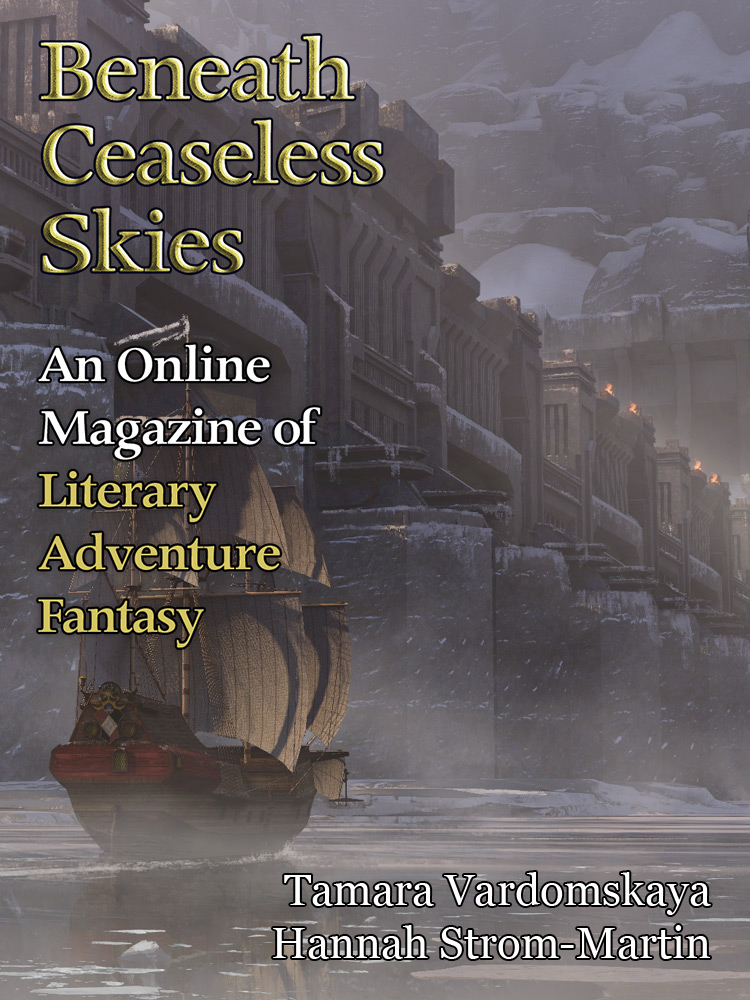 BCS #242 is out today, featuring stories of music and its impact on people and societies.

Tamara Vardomskaya (“The Three Dancers of Gizari” in BCS #192 & podcast BCS 166, “The Guardian’s Head” in BCS #186, “The Metamorphoses of Narcissus” in BCS #164 & podcast BCS 143) returns to BCS with “Suite for Accompanied Cello,” a tale of a woman caught between past glories and current burdens.

Hannah Strom-Martin (“The Burned Man” in BCS #159, “Now Ix, He Was a Lover” in BCS #130) offers “An Aria for the Bloodlords,” in which a maestro faces revolutionaries and the rulers who control music and society.

The BCS Audio Fiction Podcast episode is BCS 208: Suite for Accompanied Cello, the Vardomskaya story of a woman caught between her past and present. It’s guest-narrated by M.K. Hobson, narrator of past BCS Podcast episodes such as BCS 198: Two Bodies in Basting Stitch by Allison Jamieson-Lucy, BCS 176: Laws of Night and Silk by Seth Dickinson, and BCS 166: The Three Dancers of Gizari and BCS 143: The Metamorphoses of Narcissus, both also by Tamara Vardomskaya.

From the Archives with BCS #242 is “Playing for Amarante” by A.B. Treadwell, from BCS #65, a story of music and its sometimes maddening effect, not unlike “Suite for Accompanied Cello” or “An Aria for the Bloodlords.”