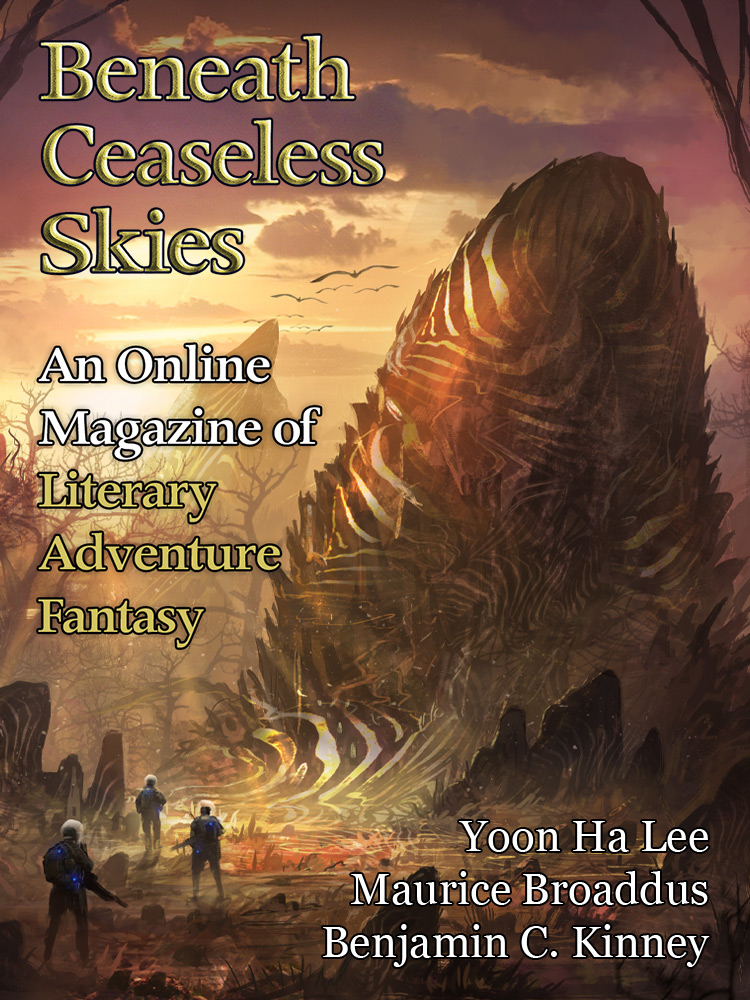 BCS #244 is out, a special double-issue kicking off BCS Science-Fantasy Month 4!

Maurice Broaddus offers “El is a Spaceship Melody,” a story of duty and starship and music, and Benjamin C. Kinney offers “Where the Anchor Lies,” a tale of unique attachment between officer and ship.

The ‘From the Archives’ story with BCS #244 is “The Breath of War” by Aliette de Bodard, from BCS #142 – Science-Fantasy Month 2 and podcast BCS 121, a story of motherhood and yearning and starships.

All behind special science-fantasy cover art: “Ugg” by Florent Llamas.