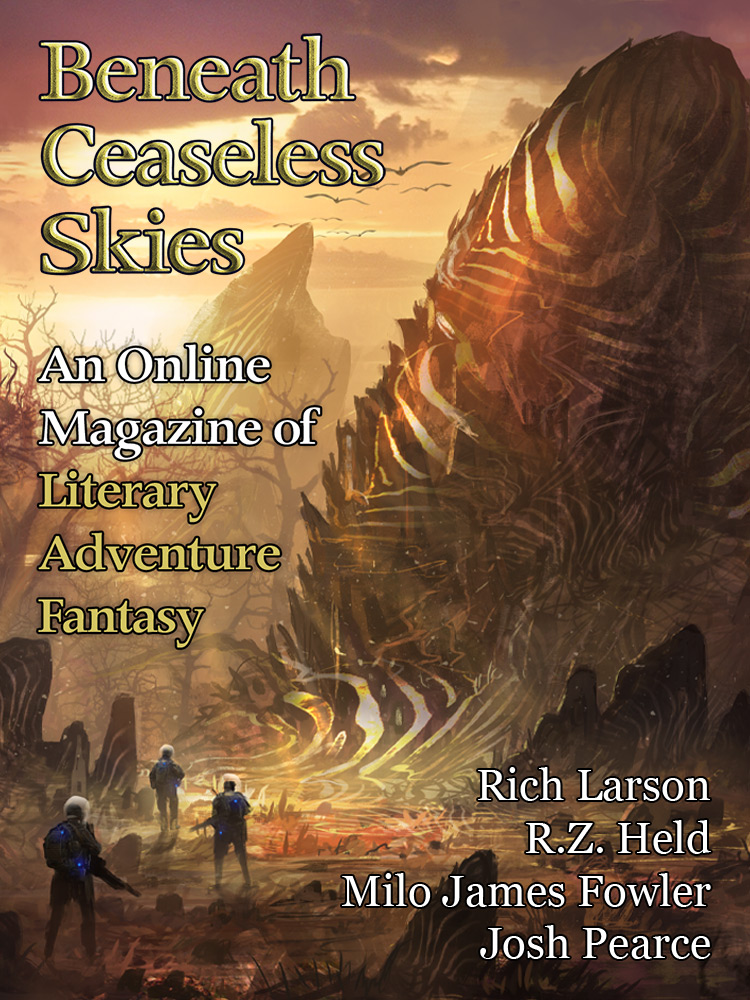 BCS #245 is out, a second special double-issue for BCS Science-Fantasy Month 4!

Rich Larson (“The Delusive Cartographer” in BCS #187, “The King in the Cathedral” in BCS #166 and podcast BCS 144, “The Mermaid Caper” in BCS #119) returns to BCS with “Penitents,” a story of battling compulsion from an immense alien presence.

R.Z. Held offers “Red Dreams,” where a character and her mission partner must survive a post-apocalyptic woodland and her own deadly magic.

Milo James Fowler offers “The Last Human Child,” another tale of post-apocalyptic survival, and Josh Pearce “Such Were the Faces of the Living Creatures,” a strange vision of a post-apocalyptic world and its people.

The ‘From the Archives’ story with BCS #245 is “Songdogs” by Ian McHugh, from BCS #27; not in from of our Science-Fantasy Months but still with a post-apocalyptic feel not unlike “Red Dreams” or “The Last Human Child” or “Such Were the Faces of the Living Creatures.”

All behind a new crop of our special science-fantasy cover art: “Ugg” by Florent Llamas.