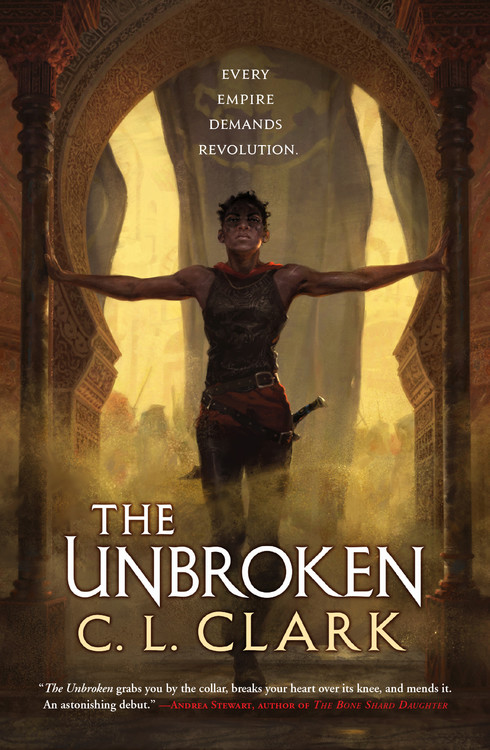 To celebrate the Mar. 23 release of the new military fantasy novel The Unbroken by C.L. Clark and the C.L. Clark short story “The Captain and the Quartermaster” in BCS #326, BCS is giving away two copies of The Unbroken.

The Unbroken and “The Captain and the Quartermaster” are both military fantasy, about characters in war and their struggles before and after they fight for their cause.

One giveaway for The Unbroken will take place on the BCS Twitter feed @BCSmagazine, Wed. Mar. 31. (The other is here on the BCS website in a post.)

The Twitter giveaway for the signed copy of The Unbroken will take place Wednesday March 31 on the BCS Twitter feed @BCSmagazine. It will run from 2 PM EST until 5 PM EST.

To enter, all you need to do is tweet what your favorite BCS story that’s military fantasy. However you choose to define it. By any author, in any issue of BCS. (Full Rules are here, at the end of this post.)

To get you started, here are some military fantasy stories from past issues of BCS:

“The Traitor Baru Cormorant, Her Field-General, and Their Wounds” by Seth Dickinson, BCS #85 and podcast BCS 073

“The Transubstantiation” by Evan Dicken, BCS #310

“The War of Light and Shadow, in Five Dishes” by Siobhan Carroll, BCS #247

“The Colors of Sand” by Anna Winterstein, BCS #326

“The Proof of Bravery” by David Milstein, BCS #88

Full rules for the C.L. Clark The Unbroken Twitter giveaway:

BCS will conduct the random drawing from all eligible entries. The winner will receive either a paper copy or digital ebook copy of The Unbroken, at the sole choice of BCS. Orbit Books will send the book to the winner.