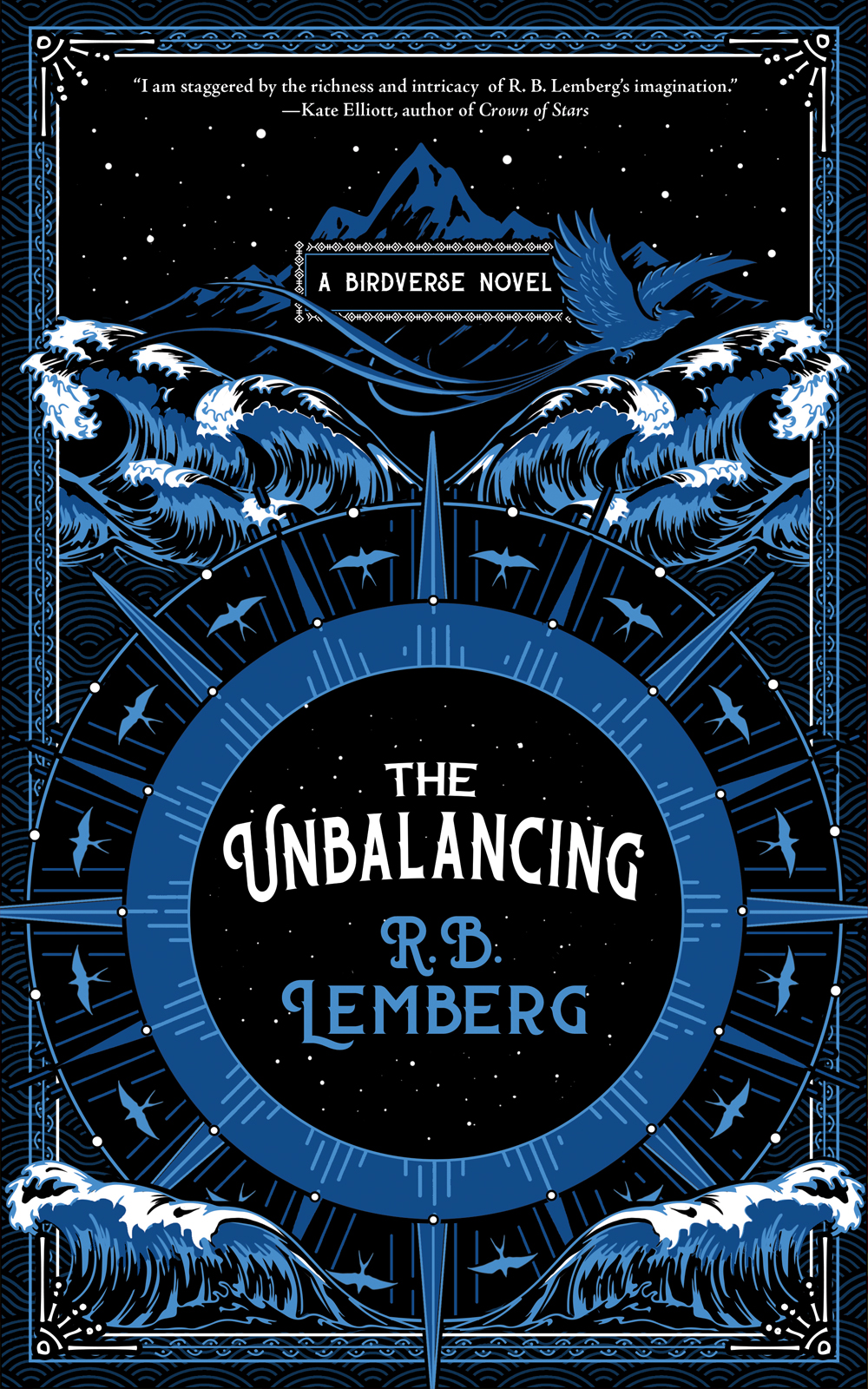 BCS author R.B. Lemberg‘s new novel The Unbalancing releases from Tachyon Publications on Sep. 20, and in celebration, BCS is giving away a copy.

The Unbalancing takes place in R.B.’s fantasy world Birdverse, the setting of many of their stories in BCS, and it features one of the characters from their BCS novella, “A Portrait of the Desert in Personages of Power.”

This giveaway for a copy of The Unbalancing will take place Wednesday Sep. 14 on the BCS Twitter feed @BCSmagazine. It will run from 2 PM EST until 5 PM EST.

To enter, all you need to do is tweet what your favorite BCS that features a nonbinary character is. However you or the story choose to define that. By any author, in any issue of BCS. (Full Rules are here, at the end of this post.)

To get you started, here are some stories from past issues of BCS that arguably feature a nonbinary character:

“Every Tiny Tooth and Claw (or: Letters from the First Month of the New Directorate)” by Marissa Lingen, BCS #295 and podcast BCS 251

“To Embody a Wildfire Starting” by Iona Datt Sharma, BCS #346

“Who Goes Against a Waste of Waters” by Eleanna Castroianni, BCS #302 and podcast BCS 258

Full rules for the R.B. Lemberg The Unbalancing Twitter giveaway:

BCS will conduct the random drawing from all eligible entries. The winner will receive either a paper copy or digital ebook copy of The Unbalancing, at the sole choice of BCS, depending on their location to receive physical mail.