A Sin for Freedom
Eboni J. Dunbar
And what was I? The only difference between us was that I had repented.
What the Mountain Takes, What the Journey Offers
Jae Steinbacher
When my lover gets the Burning, I prepare to go to the Binding Place, where the mountain meets the sea. Even in her delirium, she smells the offering meal cooking and sees my half-full pack. She begs me not to go. It’s a journey lovers and pilgrims take—to exchange vows or to petition Mother. The paths to the mountain shift with their travelers’ intentions, and we were much younger when we traveled there to be wed. I squeeze her hand. “I can’t stay and watch you fade.” There’s only one certain cure for the Burning. If I don’t go, Menrie...  Read more »
Recent Comments
The Canyon
By Christophe Vacher
Size / Zoom 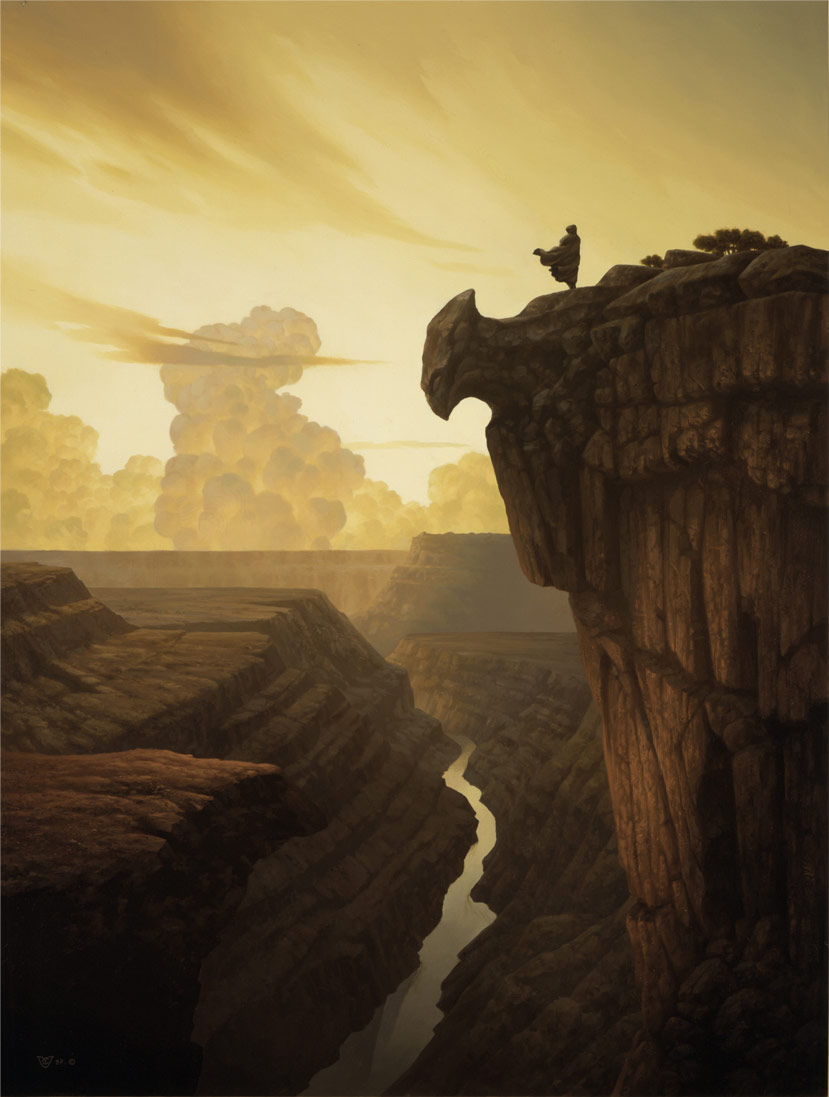 Christophe Vacher is a French artist who has provided Backgrounds, Visual Development, and Art Direction for Disney, Dreamworks, Universal Studios, and the animation industry since 1989. Relocating to California in 1996, his credits have included artwork for "Dinosaur," "Hercules," "Tarzan," and "Treasure Planet." In 2004, he became Art Director, for the animated segment of Disney's live action movie "Enchanted" and eventually for the CG feature film "9," for which he received an Annie Awards nomination for Best Production Design for a Feature Production. He now shares his time between doing artwork and instructing martial arts and fitness. Visit his online galleries at www.vacher.com.