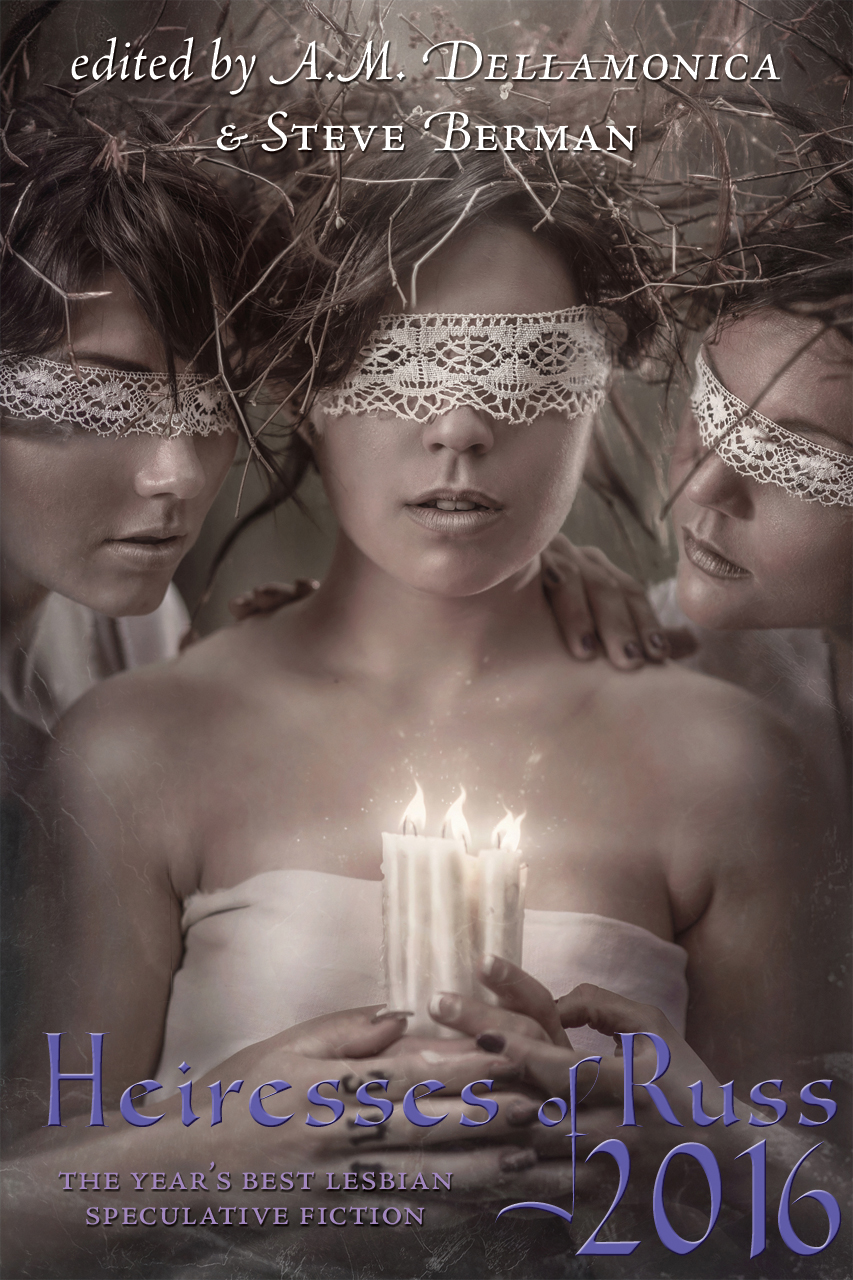 One BCS story and multiple other BCS authors will appear in this year’s edition of the annual year’s-best anthology Heiresses of Russ!

“Grandmother-nai-Leylit’s Cloth of Winds” by Rose Lemberg, from BCS #175, also a finalist for this year’s Nebula Awards, leads off the table of contents.

Heiresses of Russ, an anthology series of the year’s best lesbian speculative fiction, is edited this year by BCS author A.M. Dellamonica (“The Boy Who Would Not Be Enchanted” in BCS #209) and Steve Berman.

It includes other stories by BCS authors: 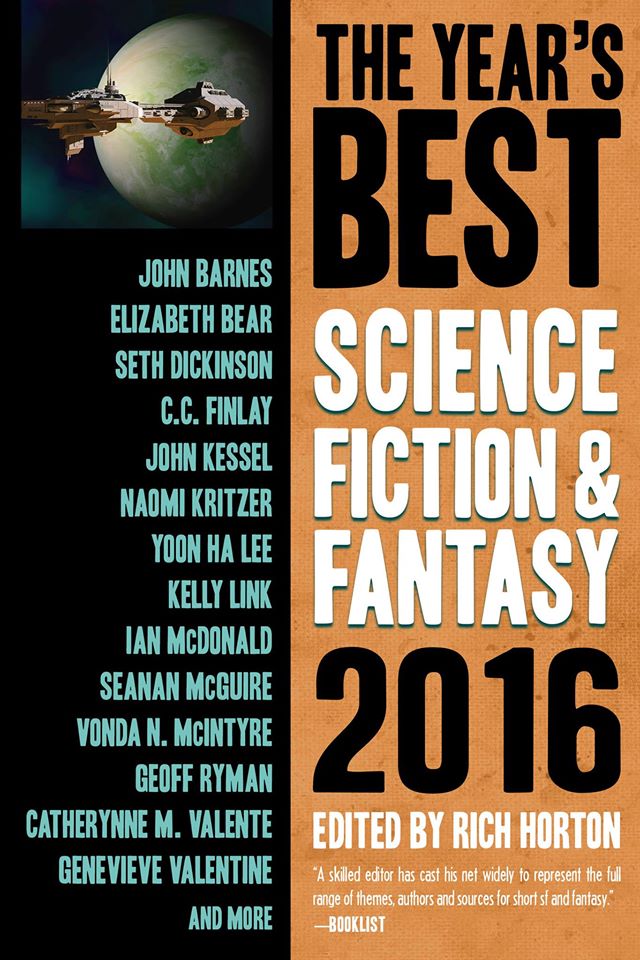 And, in BCS Authors Elsewhere news, this anthology also features other stories by several BCS authors: Two more BCS authors have stories appearing in other magazines this month, and one a reprint audio podcast of her BCS story: 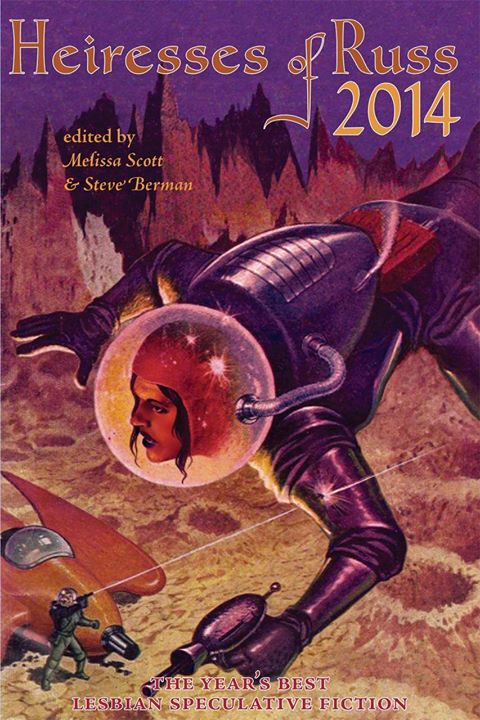 Peadar Ó Guilín’s story “Heartless” from BCS #84 has been reprinted at Podcastle as an audio podcast. It has a vivid and strange world; give it a listen. Other BCS authors with stories appearing elsewhere recently include: 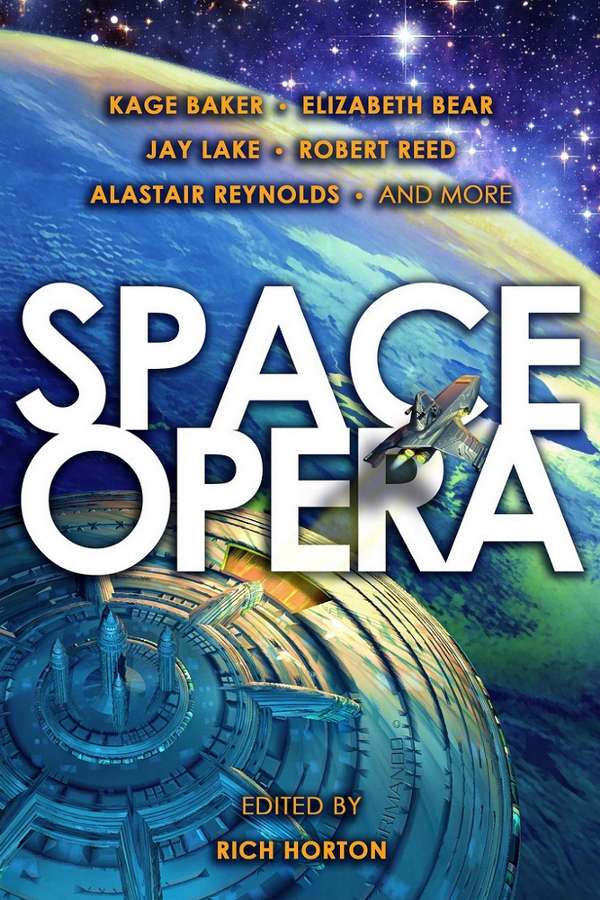 “The Mote-Dancer and the Firelife,”  Chris Willrich’s tale of laser pistols and spousal grief from BCS #90, one of the issues in our first Science-Fantasy Month back in March 2012, has been named to editor Rich Horton’s new anthology Space Opera.

The cover, at right, looks gorgeous, and the anthology includes space opera stories by several other BCS authors:

Leave a Comment »
“On the Origin of Song” in Year’s Best SF&F 2014
Posted in: Awards and Accolades, BCS Authors Elsewhere, Reprints by Scott H. Andrews 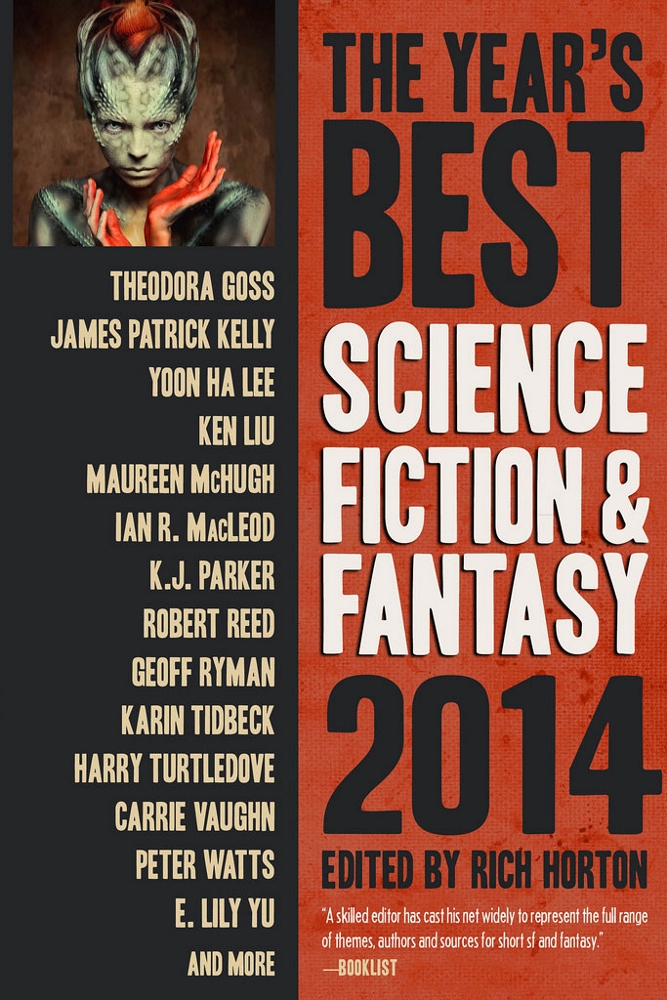 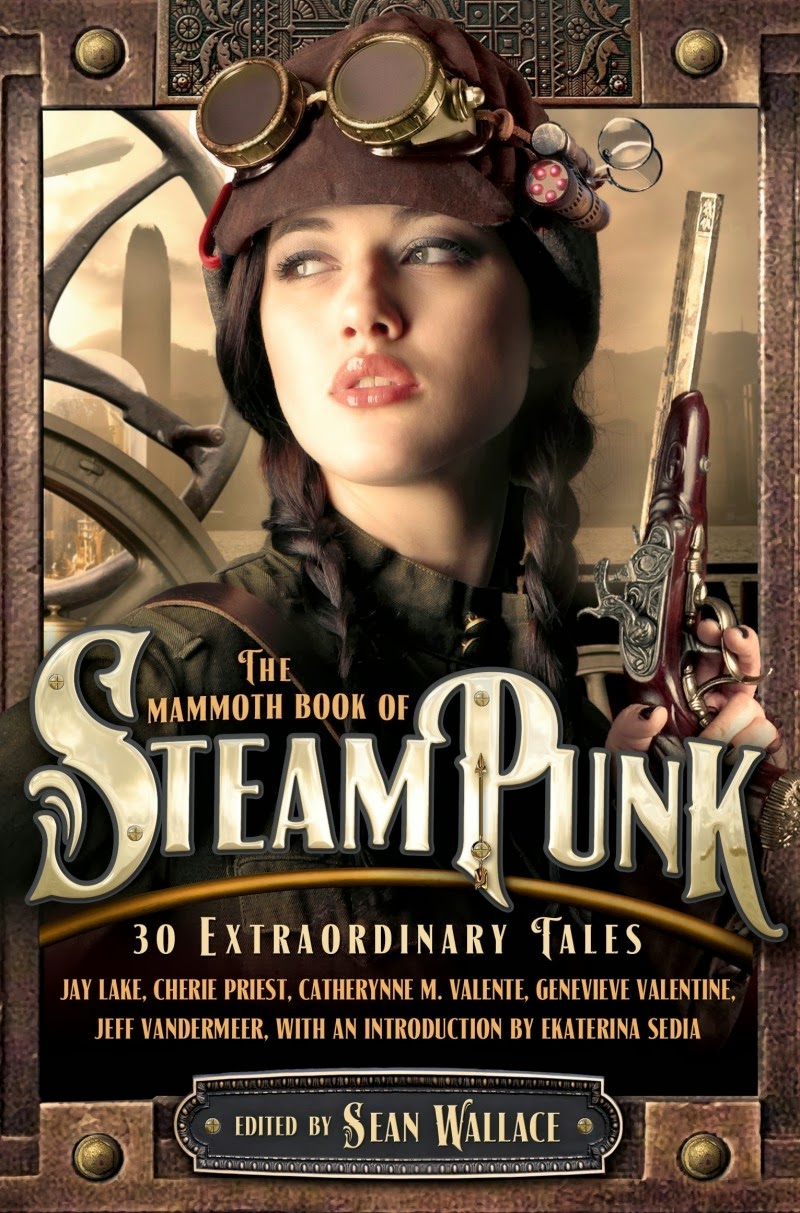 Three BCS stories have been named to the forthcoming new anthology The Mammoth Book of Steampunk Adventures!

This volume, like a previous Mammoth steampunk anthology (cover at right) is edited by Sean Wallace of Clarkesworld and The Dark. It also features several other BCS authors with stories from other magazines or original stories:

“Sinking Among Lilies” by Cory Skerry, from BCS #92, has been chosen to appear in the anthology Year’s Best Dark Fantasy & Horror: 2013, edited by Paula Guran.

It’s the second year in a row that this anthology will feature a story from BCS. Last year’s edition (at right) included  “Walls of Paper, Soft as Skin” by Adam Callaway, from BCS #73.

Congratulations to Cory! “Sinking Among Lilies” is a fantasy ‘lone-warrior’ story with a great undertone of creepy suspense and oppression. Check it out, if you haven’t already.