A Sin for Freedom
Eboni J. Dunbar
And what was I? The only difference between us was that I had repented.
What the Mountain Takes, What the Journey Offers
Jae Steinbacher
When my lover gets the Burning, I prepare to go to the Binding Place, where the mountain meets the sea. Even in her delirium, she smells the offering meal cooking and sees my half-full pack. She begs me not to go. It’s a journey lovers and pilgrims take—to exchange vows or to petition Mother. The paths to the mountain shift with their travelers’ intentions, and we were much younger when we traveled there to be wed. I squeeze her hand. “I can’t stay and watch you fade.” There’s only one certain cure for the Burning. If I don’t go, Menrie...  Read more »
Recent Comments
Issue #185
Size / Zoom 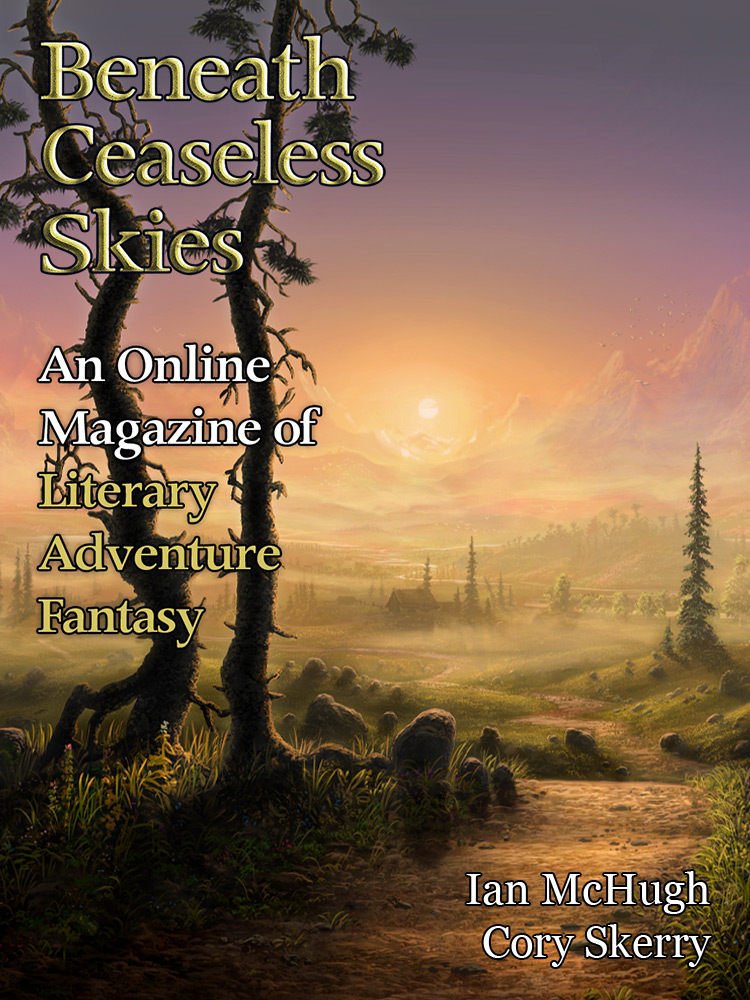 A fantastically monstrous issue for Halloween!

The leech crouched in the broken hole where the window had been. Its glamour made it hard to discern details. Thorfinn had seen leeches in daylight, knew the ragged, filthy reality. His gaze flickered involuntarily up to the dark hollows of its eyes. It was an effort to tear away again from the hypnotic stare.

"If there's anything still out there expecting to be fed," he replied, "I want it to have something to feed on that isn't us."
Bloodless
Cory Skerry

The strange moment broke, and suddenly the stranger in her circle was an enemy again, and Kamalija struck out with her knife. He had already ducked back, and the blade dragged then stopped at the line where they'd poured her blood, as if the air was made of clay. She couldn't force it any further, and she watched his back as he bounded into the forest.

But she wouldn't let him make it through the gate; the inside guards were there to deal with travelers. Kamalija was here to deal with monsters.
Audio Fiction Podcast:
Unearthly Landscape by a Lady
Rebecca Campbell

I could not imagine that my charge could conceive something so strange, so unpleasant.
From the Archives:
Father’s Kill
Christopher Green
I lock both Father and the night away.
text