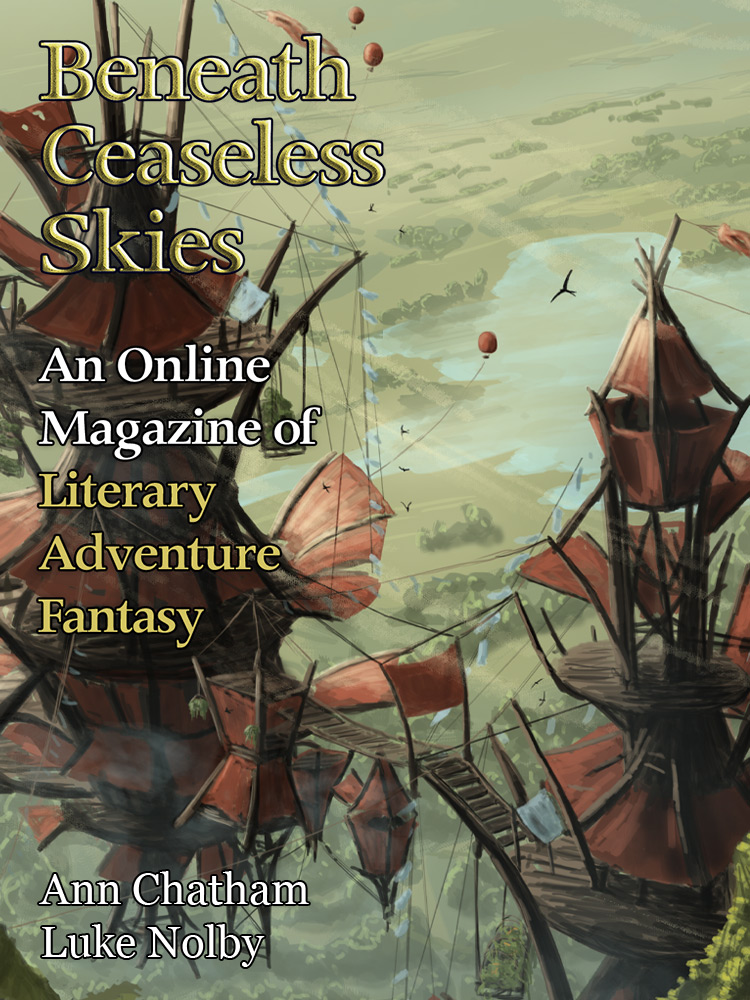 The Hunt rode in a river of darkness under bright stars. For a confused moment, she thought the stars continued below them as if they rode through the heavens with no further reference to the earth at all, but then a tree branch flashed before one of the lights below her view, and she realized that these were earthly fires she saw. Or less than earthly, perhaps, for this was no festival night to be lit with bonfires, yet there they burned on the ground, and far below her besides.

The scrape and clatter of steps on stone was replaced by the rush of wind beating against her face with the strength of an approaching storm.
The Nature of Ghosts and the Fate of Shadows
Luke Nolby

The third time the lash had fallen I only grunted. I held my companions’ gazes because I owed them at least that. I held their gazes because then I would not think of a blood-reddened ravine, or Adhai’s silence, or the hope and pride being flayed from my flesh. In the barn, the whip descended again, and the musty air clogged in my throat.

Another lash, another time and place, but halted in its onslaught by the voice that would come to rule me.
Audio Fiction Podcast:
Mortal Eyes
Ann Chatham

The scrape and clatter of steps on stone was replaced by the rush of wind beating against her face with the strength of an approaching storm.
From the Archives:
Drawn Up From Deep Places
Gemma Files
He came to expecting to find himself dead, torn to pieces by the monster he'd made—he knew it would happen, eventually.
text