A Sin for Freedom
Eboni J. Dunbar
And what was I? The only difference between us was that I had repented.
What the Mountain Takes, What the Journey Offers
Jae Steinbacher
It’s a journey lovers and pilgrims take—to exchange vows or to petition Mother.
Recent Comments
Issue #236
Size / Zoom 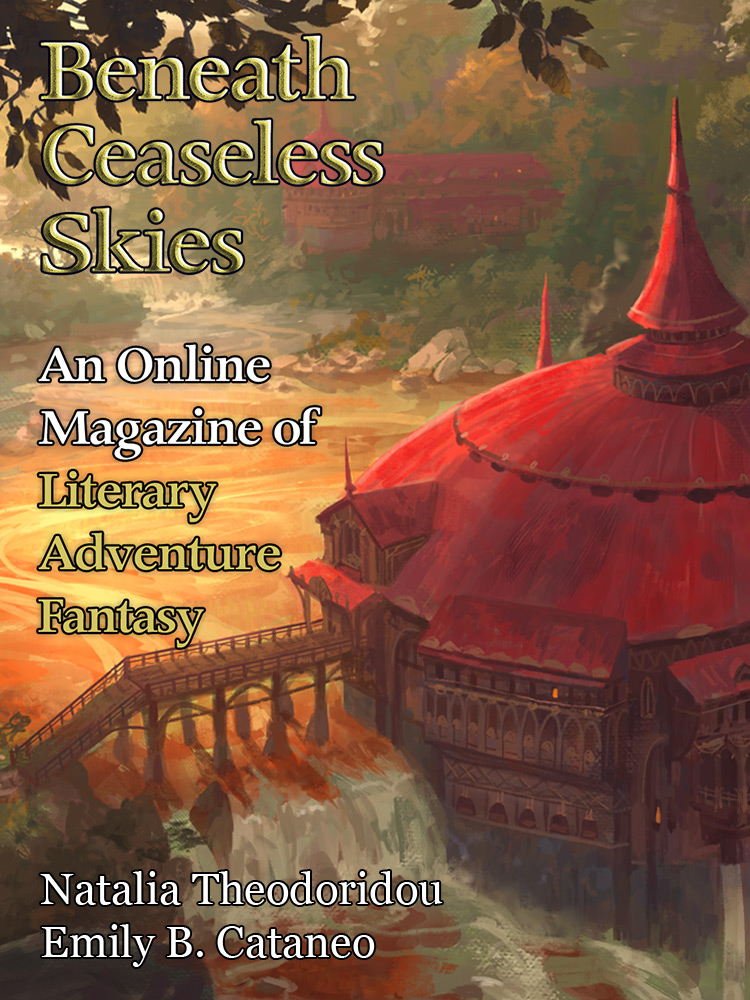 This man. His accent is strange, foreign. How old is he? His hair is long and grey and curly, like Fedor's. He drinks from my glass. I'd forgotten what it's like to have a man sit at your table, drink from your glass. His smell. The old scar around his neck. Is it a double one—an old scar on yet an older one? The trembling of his hands. What am I doing. What am I doing.

Serah avoids his eyes. "I've been pregnant a long time," she says after a while. "The baby won't come."
And the Village Breathes
Emily B. Cataneo

She spends the afternoon with the clay-boy, watching for signs of wakefulness, sprinkling a few more seeds onto his chest. She feels as though she’s woken up into a world that’s slightly off-kilter, as though everything has taken one step to the left in her absence. Everyone’s acting a bit odd. Besides that, there’s this creature, this half-human, half-monster, this not-quite-Sleeper who nevertheless is Sleeping just as Magda does.

“I’ll prove that they’re not Sleepers,” Magda says. “I'm sure they're not. You'll see.”
Audio Fiction Podcast:
The Fall of the Mundaneum
Rebecca Campbell

There was a letter addressed to him and beneath it a chaos of paper, the slips and sheets and scraps in no obvious order.
From the Archives:
A Deeper Green
Samantha Murray
Inside her uncle's mind, Juvianna could not feel the sun.
text