A Sin for Freedom
Eboni J. Dunbar
And what was I? The only difference between us was that I had repented.
What the Mountain Takes, What the Journey Offers
Jae Steinbacher
When my lover gets the Burning, I prepare to go to the Binding Place, where the mountain meets the sea. Even in her delirium, she smells the offering meal cooking and sees my half-full pack. She begs me not to go. It’s a journey lovers and pilgrims take—to exchange vows or to petition Mother. The paths to the mountain shift with their travelers’ intentions, and we were much younger when we traveled there to be wed. I squeeze her hand. “I can’t stay and watch you fade.” There’s only one certain cure for the Burning. If I don’t go, Menrie...  Read more »
Recent Comments
Issue #260
Size / Zoom 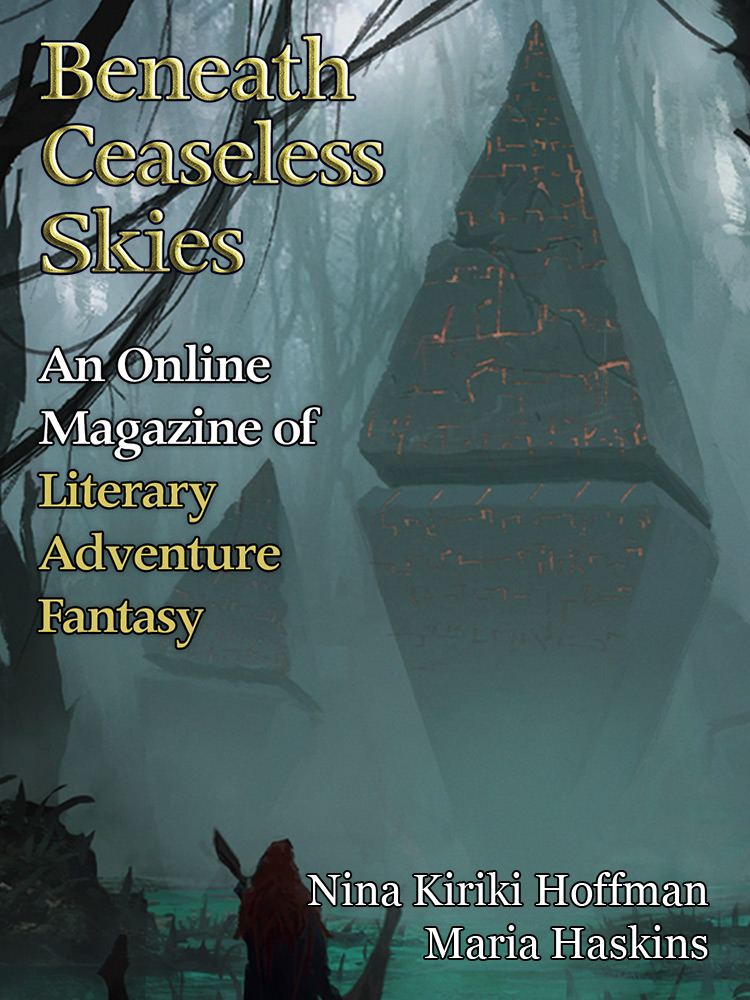 Jasna was silent as we completed the Ancestor Night rituals and songs and laid the wreaths over our parents. On the way back to the house, we walked unspeaking, joined by the dark figures of others who had finished their rituals. Jasna walked apart from us, as she had since last spring, and the rest of us linked hands.

As the oldest, I had to make sure I and my four sisters and little brother gave greetings to our parents in their first year under the ice.
It’s Easy to Shoot A Dog
Maria Haskins

For months she prayed for a puppy, but God did not relent, and one chill October morning she wandered off into the forest to find a pup herself. She was seven years old, hemmed in on all sides by chores and rules and commandments, her brother scampering in her wake. As always, she was supposed to watch him, the louse, same as every day since he’d been born.

As the oldest, I had to make sure I and my four sisters and little brother gave greetings to our parents in their first year under the ice.
From the Archives:
Dirt Witch
Eljay Daly
Dorota crept up between the porch's pillars, raised her hand to knock, and heard from inside the sound of a man shrieking.
text