A Sin for Freedom
Eboni J. Dunbar
And what was I? The only difference between us was that I had repented.
What the Mountain Takes, What the Journey Offers
Jae Steinbacher
When my lover gets the Burning, I prepare to go to the Binding Place, where the mountain meets the sea. Even in her delirium, she smells the offering meal cooking and sees my half-full pack. She begs me not to go. It’s a journey lovers and pilgrims take—to exchange vows or to petition Mother. The paths to the mountain shift with their travelers’ intentions, and we were much younger when we traveled there to be wed. I squeeze her hand. “I can’t stay and watch you fade.” There’s only one certain cure for the Burning. If I don’t go, Menrie...  Read more »
Recent Comments
Issue #296
Size / Zoom 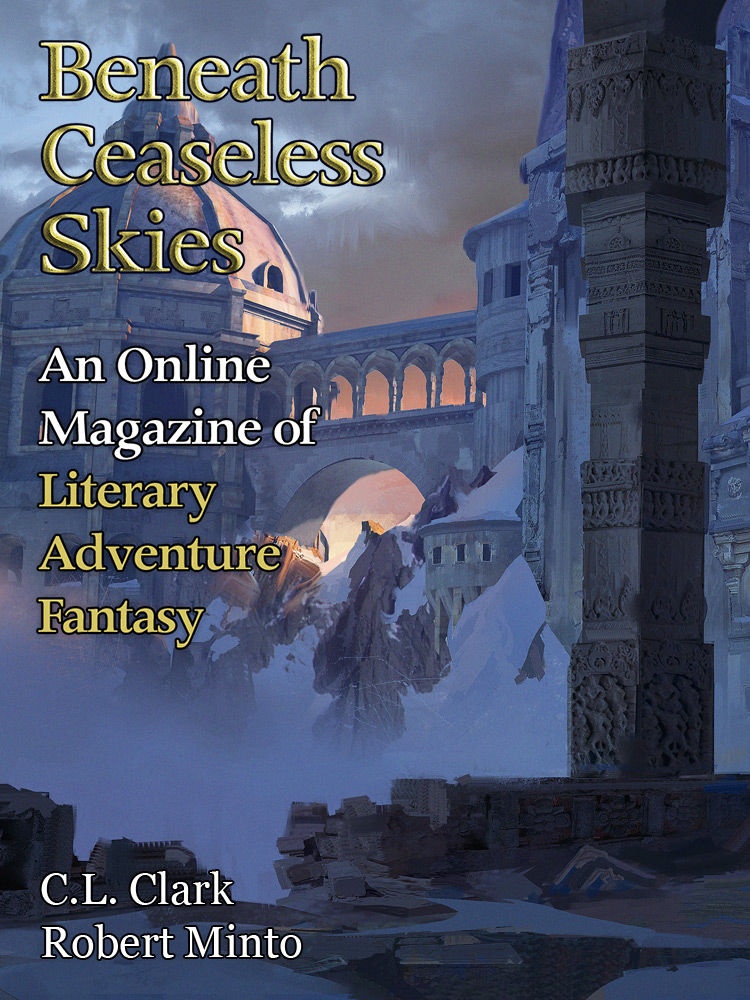 Forgive Me, My Love, for the Ice and the Sea
C.L. Clark

I stopped counting my steps across the ice after three hundred. I couldn’t distract myself from the thought of that gap closing between me and the ship. Between me and you. Issheth, always steps ahead of me, tireless, trying in vain to close her own gap. Frenzied. I kept my eyes on her back. At my belt I had the long knife I used for cutting ballast.

I made my way to Issheth, my boots crunching on the deck frost. Her eyes shone wet in the sunlight. Maybe it was the glare. Maybe it was not.
The Moneylender’s Angel
Robert Minto

I'd hoped never to be in proximity to a sacrifice or its effects, ever again, but the necklace's mere presence changed things. It burst the bubble in which we lived from week to week, ignoring the past and not thinking about the future. It had to be dealt with.

Secrets were stealing back into our relationship already.
Audio Fiction Podcast:
Forgive Me, My Love, for the Ice and the Sea
C.L. Clark