A Sin for Freedom
Eboni J. Dunbar
And what was I? The only difference between us was that I had repented.
What the Mountain Takes, What the Journey Offers
Jae Steinbacher
When my lover gets the Burning, I prepare to go to the Binding Place, where the mountain meets the sea. Even in her delirium, she smells the offering meal cooking and sees my half-full pack. She begs me not to go. It’s a journey lovers and pilgrims take—to exchange vows or to petition Mother. The paths to the mountain shift with their travelers’ intentions, and we were much younger when we traveled there to be wed. I squeeze her hand. “I can’t stay and watch you fade.” There’s only one certain cure for the Burning. If I don’t go, Menrie...  Read more »
Recent Comments
Issue #309
Size / Zoom 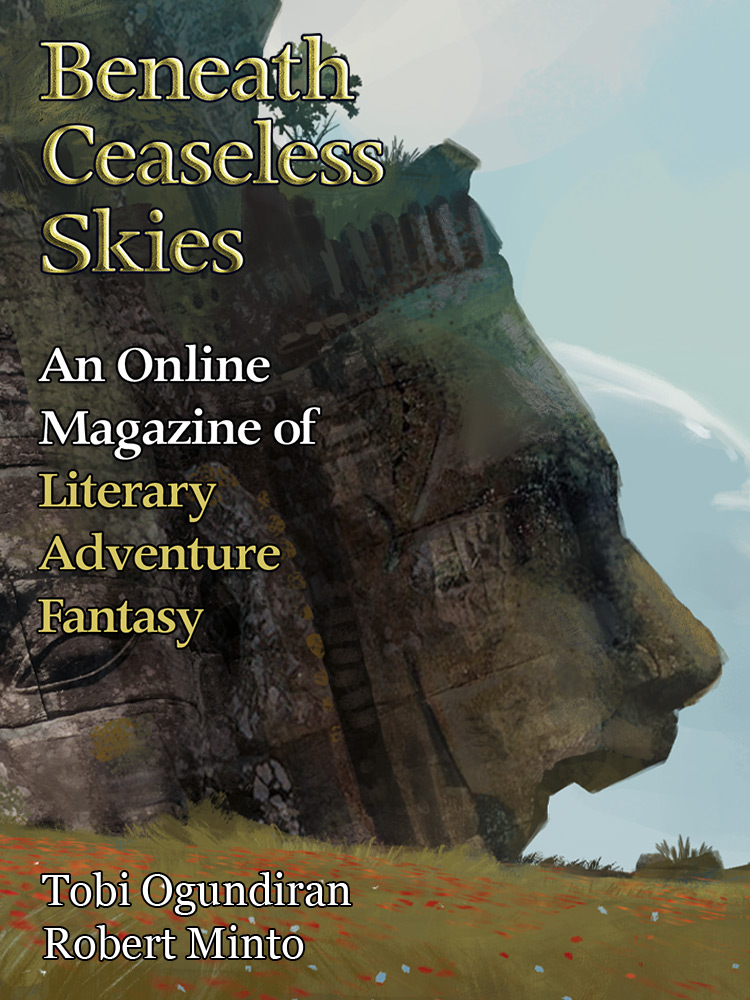 Featuring two giveaways for copies of Marie Brennan’s new book Driftwood, set in the same world as her Driftwood stories in BCS.

The Many Lives of an Abiku
Tobi Ogundiran

Sometimes the walls developed faces. One moment they were the uninspired blandness of old wood, coated with soot from the coal pot, and the next there was a face staring at me, bulging out of the wood. Sometimes the faces stared unblinking. Sometimes they tittered. Once or twice the faces morphed, twenty or so of them, fusing into one hideous gargantuan aberration of a face. Strangely, strangely I did not scream.

“You are an abiku, a spirt child,” he said. “You have come to your mother three times before and have died before your seventh year."
Satin and Velvet
Robert Minto

Toward the end, Samara wasn't eating. Thin, with dark rings around her eyes, bony wrists, bruises and cuts everywhere, she would limp down from the tower to see me. "He won't teach me as long as it's around," she said, her voice weak. I looked up at the velvet gast. Its hollow form had taken to holding a platter draped in dark cloth with bright pieces of fruit on it. They made me hungry, and I wasn't even starving.

I know from Samara that it's useless wishing a gast away. You have to change yourself.
From the Archives:
Nneamaka’s Ghost
Walter Dinjos
Of all the strong men that populate our village, why did Nneamaka's ghost choose me?
text