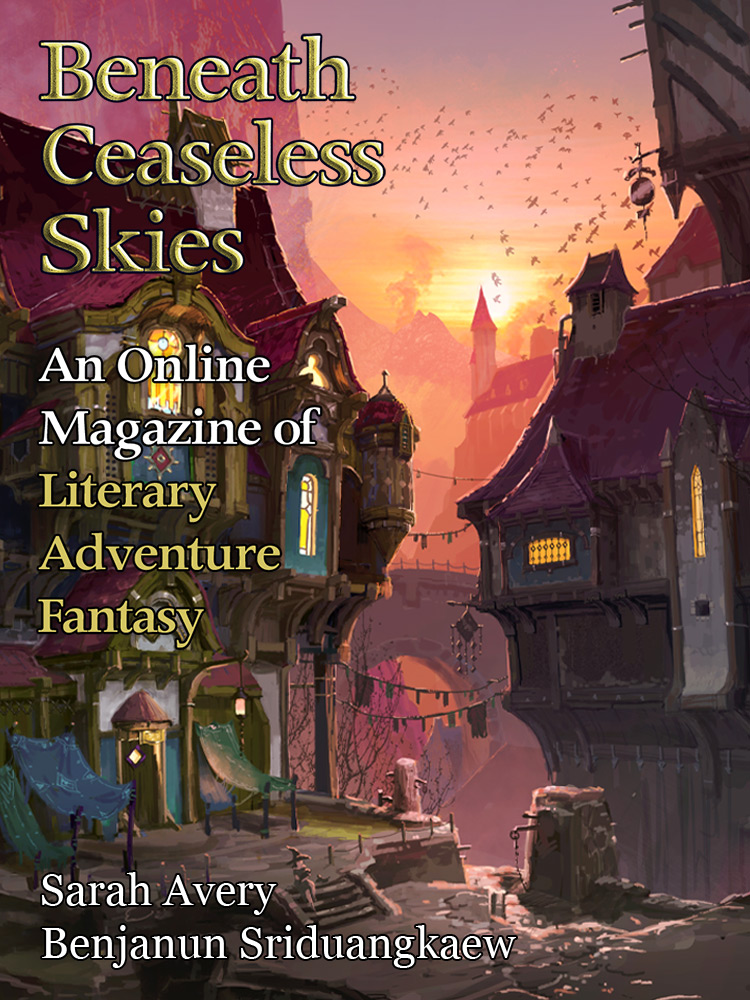 And The Ones Who Walk In
Sarah Avery

“Why put up with ugly and cruel? Why not try to make things better? With our own work, our own suffering, to pay our own way in the universe?” It was the argument Crocus had had with her mother since she turned thirteen. Now that argument was over. She’d never have it with her mother again. And now she could cry, small angry tears.

At sunset on the third day, the girl reached the edge of the blessed city’s hinterlands.
The City Still Dreams of Her Name
Benjanun Sriduangkaew

My substance is much declined, yet on occasion I draw humans who can hear echoes of what I once was. They climb the winding steps up my pagodas, descend deep into the bowels beneath my palaces, venture between the serpentine stacks of my high-spired libraries. The human soul yearns for cities, even if they do not realize it, and their hearts revolve toward our kind as flowers turn toward the sun. This is true even for cities whose names—like mine—have been swallowed up by catastrophe and oblivion.

This is true even for cities whose names—like mine—have been swallowed up by catastrophe and oblivion.
From the Archives:
Walking Out
Harry R. Campion
For a second or two Creeper just strained against our hold, pale eyes locked and empty on the horizon.
text