A Sin for Freedom
Eboni J. Dunbar
And what was I? The only difference between us was that I had repented.
What the Mountain Takes, What the Journey Offers
Jae Steinbacher
When my lover gets the Burning, I prepare to go to the Binding Place, where the mountain meets the sea. Even in her delirium, she smells the offering meal cooking and sees my half-full pack. She begs me not to go. It’s a journey lovers and pilgrims take—to exchange vows or to petition Mother. The paths to the mountain shift with their travelers’ intentions, and we were much younger when we traveled there to be wed. I squeeze her hand. “I can’t stay and watch you fade.” There’s only one certain cure for the Burning. If I don’t go, Menrie...  Read more »
Recent Comments
Issue #322
Size / Zoom 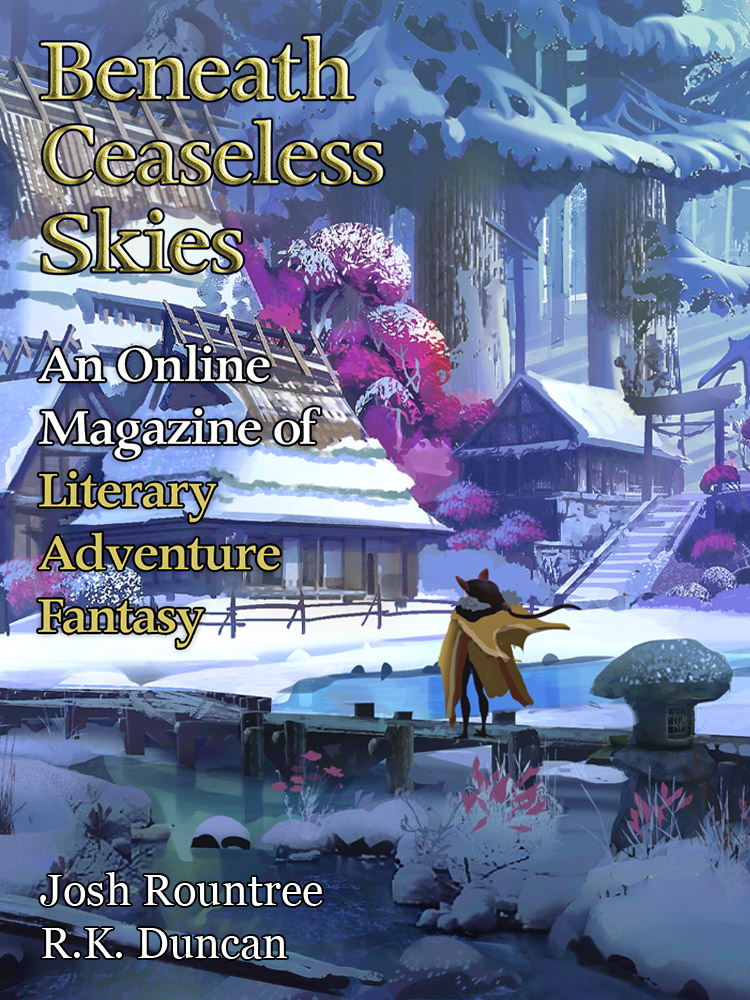 The way he said ran away from home made it sound like I was a child who’d snuck out after dark, gotten lost in the woods, and cried until her parents found her. But my leaving had purpose. Laboring under our son’s memory for so many years had bent me beyond repair. And I knew one way or another, Ellard would kill me eventually. He had killed so many Indians in his youth that he’d developed a taste for the violence. I could read the hunger in his eyes every time he looked at me. I should at least make my death worth something.

I was never that person, no matter how hard Ellard and so many others tried to turn me into her.
Her Black Coal Heart a Diamond in My Hand
R.K. Duncan

I staged a fight on the ground floor, scattered the broken furniture Ashton had found me and pinned scraps of the boy, the middle child, all around. He hadn’t been a fighter, but people would believe things of a boy they wouldn’t of a girl, and they had to believe for this to reach them. I put some breaks into the bulk of him with my knife and left him bent into unnatural angles beside the stove. A little ghost stuff and witchfire added to the coal would make it burn cold green, and I left that room with no other light.

It would be easy to ruin if I was careless, but I could work wonders with it, if the space Ashton had found for my next show was right.
Audio Fiction Podcast:
The Guadalupe Witch
Josh Rountree

I was never that person, no matter how hard Ellard and so many others tried to turn me into her.
From the Archives:
Boiled Bones and Black Eggs
Nghi Vo
The inn is a place where the dead get of hand if they aren't placated, honored, and fed.
text