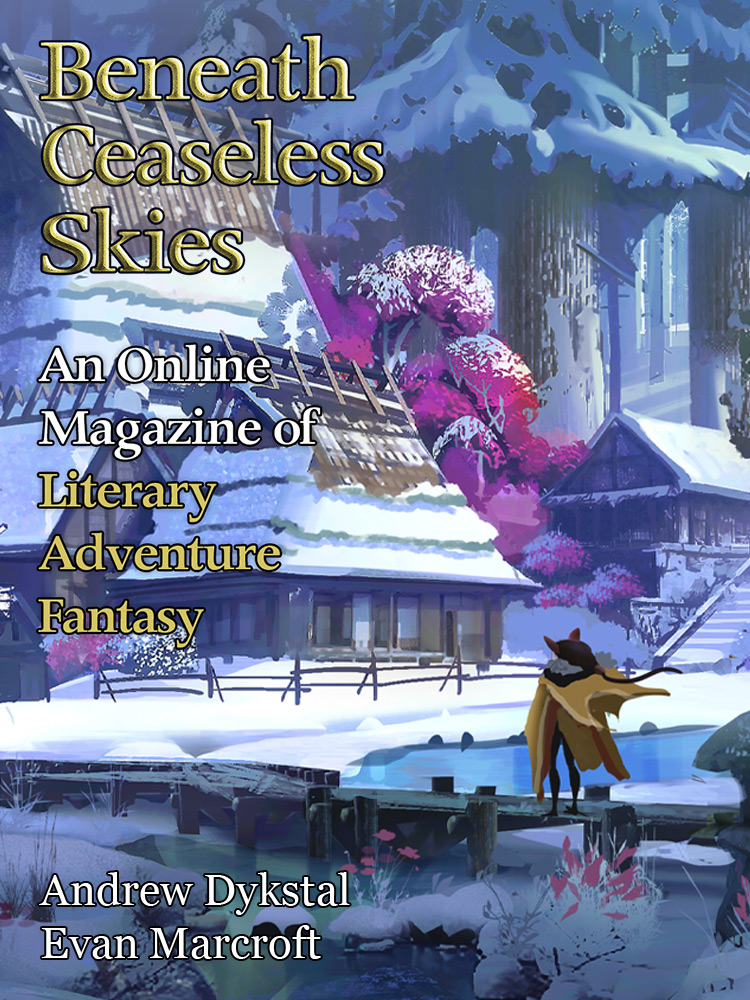 He could hear her voice more clearly now, as though the notepad were merely a synchronizing gear between the two minds caught in his head. She sounded sick and frightened and tired—like a young woman trapped alone in a strange place, not like a witch threatening to castrate him or murder his wife. Guilt blossomed in his mind, followed by pity.

“The winter stock of red,” Loren’s mouth said. It seemed to have gotten ahead of his brain.
Cleaning Up After the Blackout Boys
Evan Marcroft

Ustuus scoured the halls for bloodstains, pail and sponge in hand. The framed pictures upon the mantle described a family of two parents, a son and a daughter. The toys cluttering the upstairs bedroom suggested a self-sacrificing love, judging by the threadbare state of the mother’s wardrobe. Four plates had been set at the table, where the blood was festooned most thickly. Each room told a fragment of a story. His job was to silence them.

His belly rumbled like an idling engine.
From the Archives:
A Handful of Sky
Elly Bangs
Praying she still had the skill to do it, if indeed anyone alive could do it: gather, and sew, four square yards of sky.
text