A Sin for Freedom
Eboni J. Dunbar
And what was I? The only difference between us was that I had repented.
What the Mountain Takes, What the Journey Offers
Jae Steinbacher
When my lover gets the Burning, I prepare to go to the Binding Place, where the mountain meets the sea. Even in her delirium, she smells the offering meal cooking and sees my half-full pack. She begs me not to go. It’s a journey lovers and pilgrims take—to exchange vows or to petition Mother. The paths to the mountain shift with their travelers’ intentions, and we were much younger when we traveled there to be wed. I squeeze her hand. “I can’t stay and watch you fade.” There’s only one certain cure for the Burning. If I don’t go, Menrie...  Read more »
Recent Comments
Issue #333
Size / Zoom 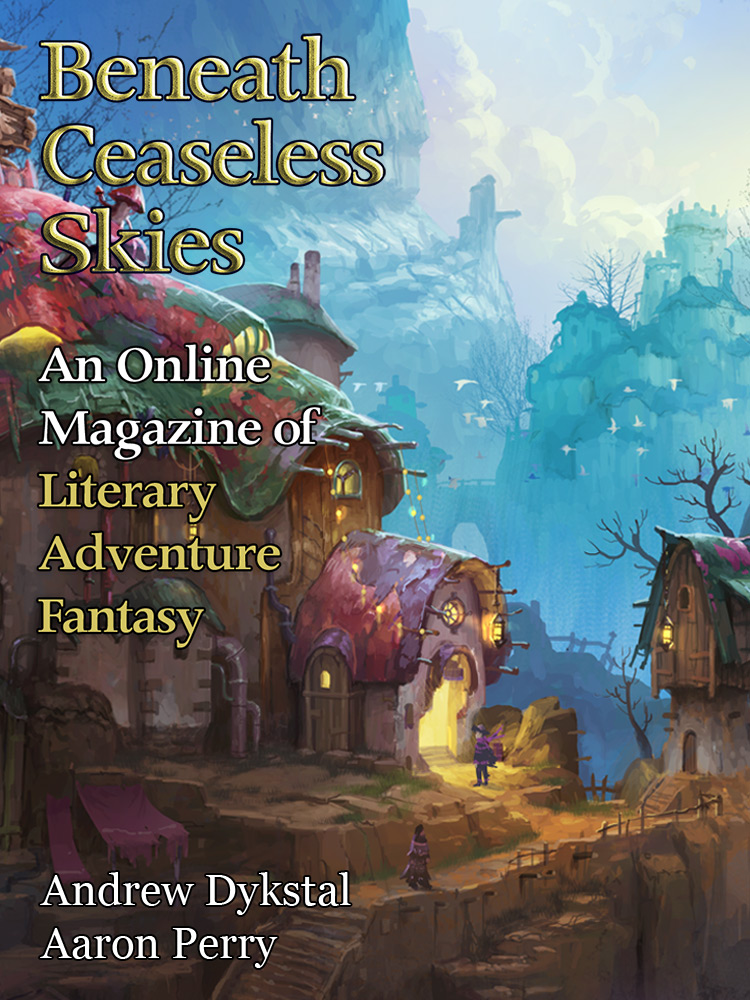 For the World’s More Full of Weeping
Andrew Dykstal

“No, there’s no living there,” Tarrow said, more gently. “Not for anyone who wants to be human. They’re fascinated by life, just like humans are fascinated by death and raise up doctors to fight it and gods to preside over it. But that fascination doesn’t make the fair folk alive. It merely makes them cruel.”

The most beautiful tree on the road up to Limhill was the old oak they used for hangings, and it knew it.
The Witness Brûska Lai
Aaron Perry

Brû could not imagine what that was like. She had spent her life hearing of the Palace of Confluence with no sense of what it actually was, always a far-off storybook feeling. To be a servant here, to live the mirror of that feeling and know reality was out there, shaped by the everyday work done in the Confluence but to never see it—was it bizarre? Cruel? Another kind of normal?

Brû was beginning to feel that something more than chance had brought her to the Confluence.
From the Archives:
The Six Skills of Madame Lumiere
Marissa Lingen
And like so many others, what the Rust Lords like best is exactly what we have.
text