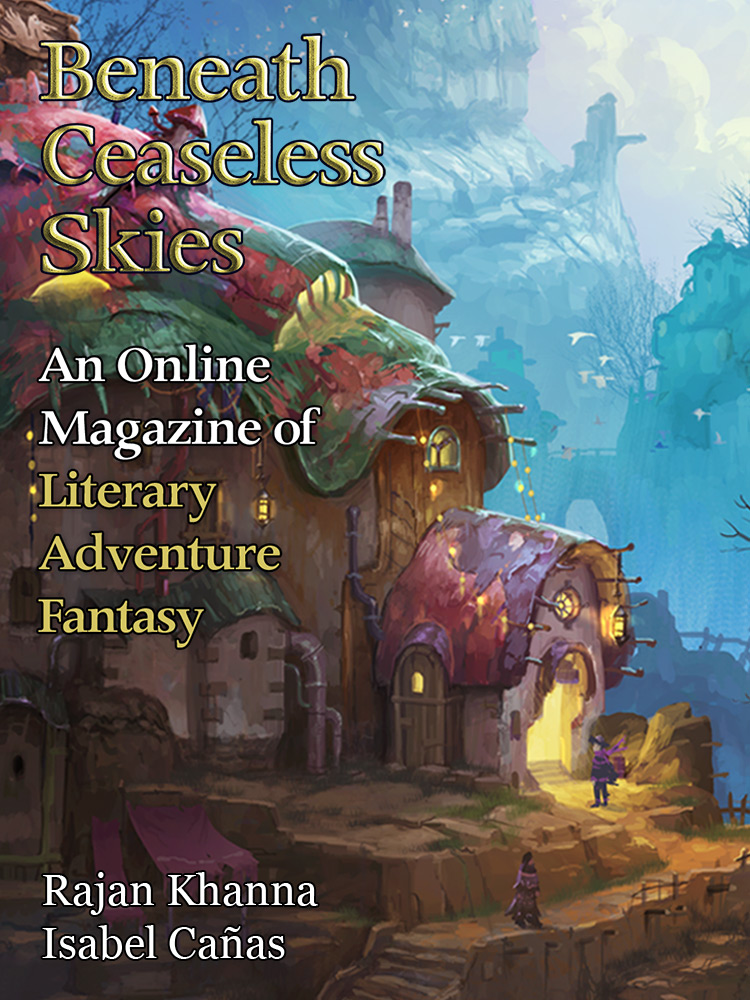 Featuring a giveaway for a copy of BCS author Charles Payseur’s new short story collection The Burning Day and Other Strange Stories.

What Stafe left unspoken was what had been gnawing at him since he’d met Viktor. By remaining in Ofra, Stafe had become a traitor to the Crown. Viktor, if he chose to be an upstanding and honorable knight, could right that wrong. Stafe’s head could sit beside the dragon’s organs for Viktor's journey home and would surely earn him more titles, lands, and the king’s favor.

“I failed. I fell down the mountain, mere bloody meat with the faint memory of a mind.”
A Land of Saints and Monsters
Isabel Cañas

Ah, but he can. I can already feel his words curling through me like roots, the magic woven into them as real as my own. These are the words of a master to a slave. These are my reward, the price I paid for leaving the dervish, Ilyas. For Armen.

I release the rib. My power snakes up the monster’s spine.
From the Archives:
The Crow Knight
Bonnie Jo Stufflebeam
“The birds?” Ser Wynn looked around, but the only bird she saw was her own.
text