A Sin for Freedom
Eboni J. Dunbar
And what was I? The only difference between us was that I had repented.
What the Mountain Takes, What the Journey Offers
Jae Steinbacher
When my lover gets the Burning, I prepare to go to the Binding Place, where the mountain meets the sea. Even in her delirium, she smells the offering meal cooking and sees my half-full pack. She begs me not to go. It’s a journey lovers and pilgrims take—to exchange vows or to petition Mother. The paths to the mountain shift with their travelers’ intentions, and we were much younger when we traveled there to be wed. I squeeze her hand. “I can’t stay and watch you fade.” There’s only one certain cure for the Burning. If I don’t go, Menrie...  Read more »
Recent Comments
Issue #345
Size / Zoom 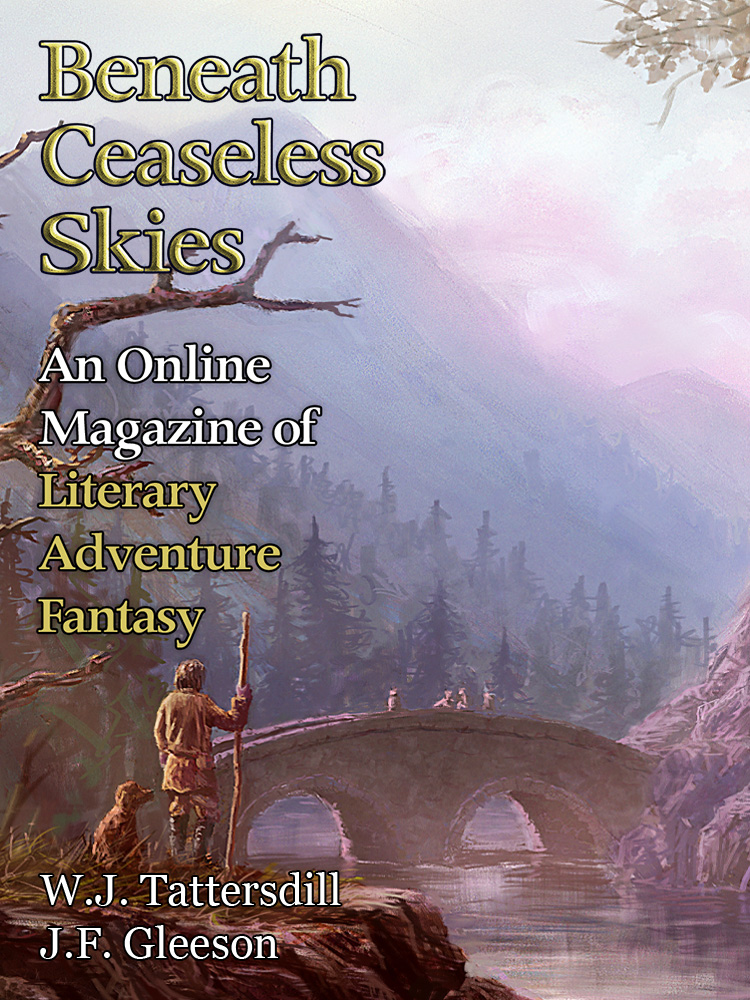 It wasn’t noon when we arrived—I could easily have gone on—but I’m completely exhausted and I’m hoping that a night’s rest will restore me. With any luck, I’ll be on the move bright and early, and the islands will be looking very different. We’ll see.

I’m doing it wrong, I can tell.

Probably I’m just tired, but at the moment I confess I really don’t know why you thought I should do this.
The Age of Swirling Mist
J.F. Gleeson

All I thought of, in the evening when they left, was of all the people Diwn was on his way to see, and though I could not imagine it, not clearly, the bustle of others like myself and Father, close together, talking and singing and making life and worlds. Me, I sat idly in the dead leaves fallen on top of one another slowly crumbling into dirt. I thought of what I had, and I had Father, and I had wicker, and I had birds, I had swimming, I had carving. Newly, I had that old Gurthern. These things were not enough.

What simple tenderness the three of us shared was flown to bits, sent up into the air with the dirt that burst in springs up from our friend’s filthy feet.
From the Archives:
Else This, Nothing Ever Grows
Sylvia V. Linsteadt
To be held by a bear—this made me feel as though I might belong.
text