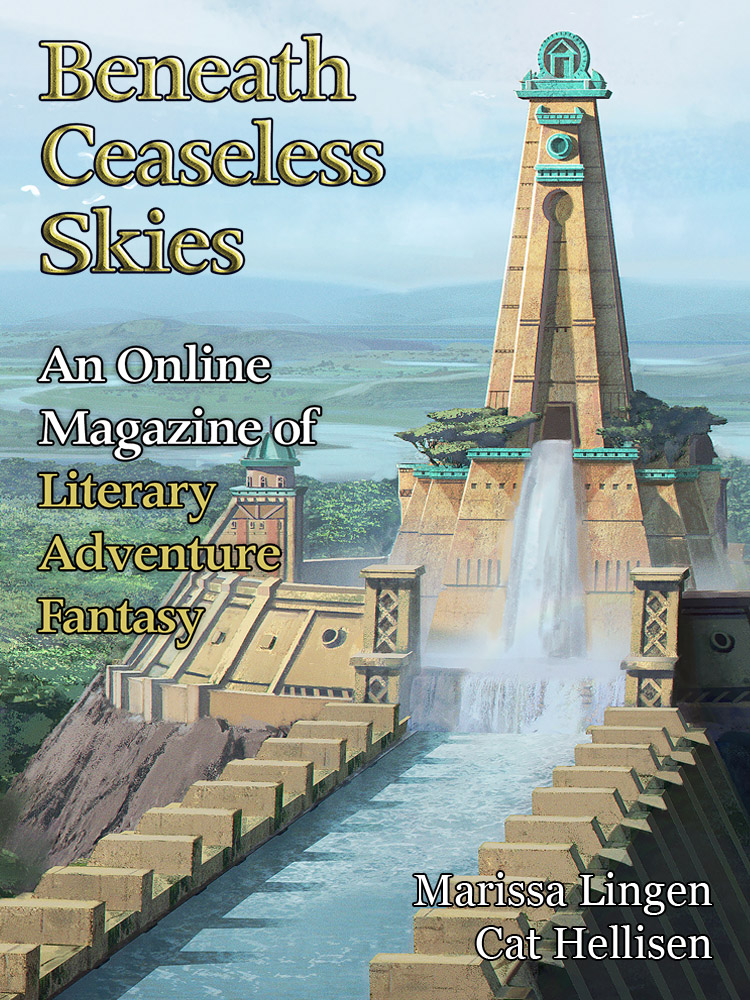 The Splinters of Our Bond
Marissa Lingen

Loads of horrible people do one nice thing, though. Perhaps he wanted something out of the gift, or perhaps it was his one good day. People are mixed. We all like to think of the villains in songs stalking around kicking kittens all day long, but surely they run out of kittens or miss their aim. Or surely they have one moment of picking up a kitten and stroking it before making their brother's life a living hell. I had to trust my brother. He was a good man. But then there was another body.

I didn't know the next body. Considerately, Royir left a note.
I Will Sing Your White Bones Home
Cat Hellisen

We cannot go landwise. Too vulnerable for a start, and the finless watch their beaches like crabs, scuttling this way and that, their eyes pinched and ugly. They have set a line of posts on the edge of the world, deep in the sands. Each spike bears the head of one of our risen. We do not care. The risen have gone to the Great Water where they will fish and fight for all eternity.

He was speared by a finless, and we watched his head rot at the edge of the sea.
Audio Fiction Podcast:
I Will Sing Your White Bones Home
Cat Hellisen

He was speared by a finless, and we watched his head rot at the edge of the sea.
From the Archives:
The Mama Mmiri
Walter Dinjos
I longed for someone with whom I could engage in our papaya-pipe-gun battles in the surrounding forests.
text