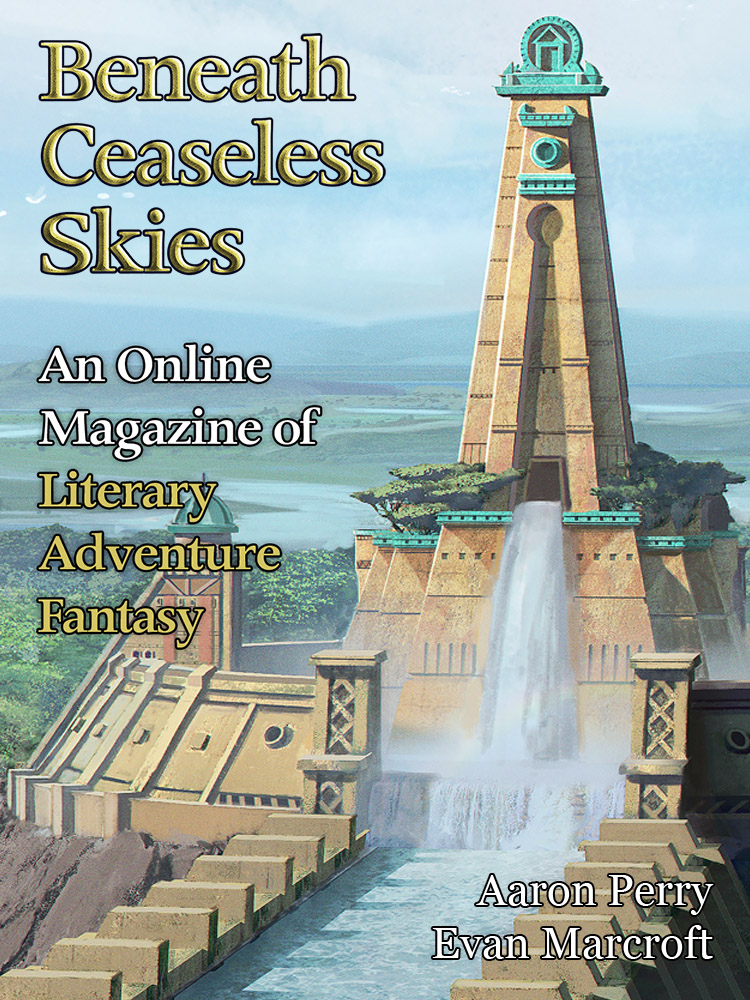 “Tendo,” Seneca said, “we used to perform on street corners and church steps. We got constables for our trouble. Hounds. Spilled blood. When has less risk ever factored into our installations? I’d set up in the prin-sec’s office if I could, but I’ll settle for her nephew’s private property. Using the nostalgia lawn as a backdrop is the point.”

After that day on the Stackshead Bridge, they hadn’t given up politics completely, but they hadn’t done installations, either.
These Hands Only Make Last Meals
Evan Marcroft

On the ride home, we compare what we think we know. One girl says an officer let something slip. Another says she saw it happen. Where we agree is that a brother tried to desert. He was in the yard with his Sister when she turned her back to pick a flower. In that instant he engaged his engines and took flight. Naslia heard he made it halfway to the horizon before an anti-air gun shot him down.

Introduced by the author, in an interview conducted and engineered by M.K. Hobson, discussing the story’s inspirations in complicity with institutional systems and activism risking that status for beliefs or people you believe in.
From the Archives:
The Oracle and the Sea
Megan Arkenberg
Every month when the soldiers bring her supply of flour and milk, they also bring waterproofed parcels of manuscript paper and cool bricks of ink.
text