Their Eyes the Shape of Orchids
Eleanna Castroianni
That much, your mother and I have in common.
The Shapeshifter’s Lover
Autumn Canter
Dori had said into the Lorist’s old ear, “The crow came to me. He flew up to my windowsill and sang. He left his.”
Audio Vault:
What the River Brings, and What It Takes Away
Natalia Theodoridou
With an introduction from the author, explaining their beliefs on the story’s theme of individual freedom and autonomy.
Recent Comments
Issue #359
Size / Zoom 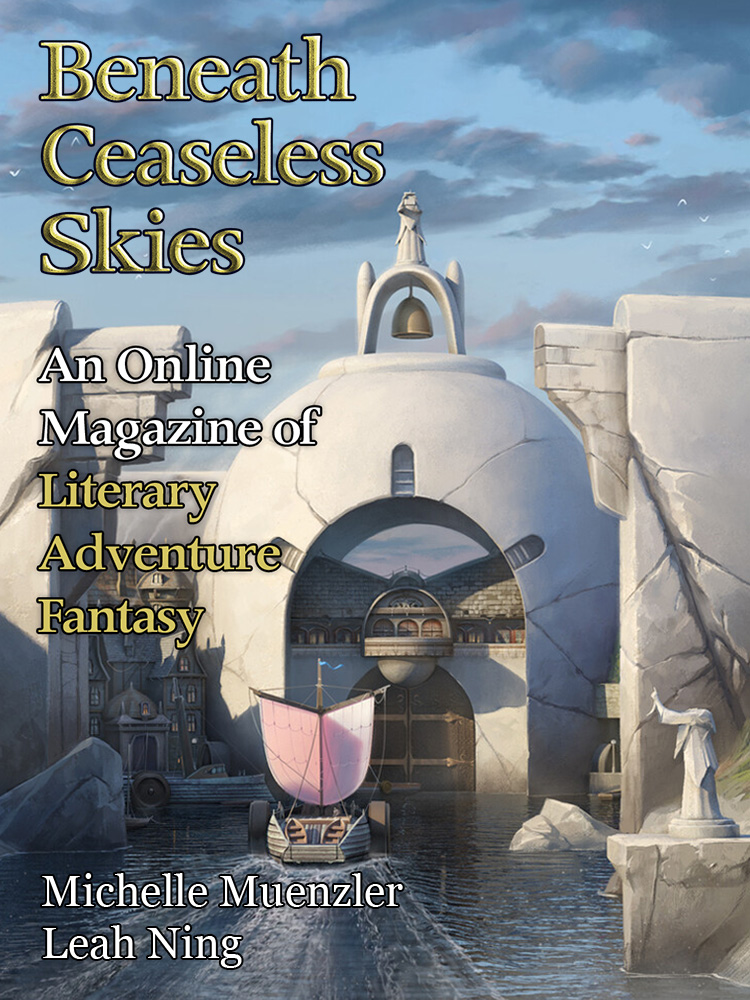 Into The Thunder
Michelle Muenzler

Olva knows what Syenok's asking. "Sorry, Sy. But whoever's in there, they're definitely still alive." And with that, Syenok has no choice. The outrider code has saved her too many times for her to abandon it when someone else is in need. Which means she and Olva will have to confront this thunderclaw.

Syenok curses. With the lack of warning the caravan must have had, it's unlikely anyone fleeing made it far.
Witchbreaker
Leah Ning

Suddenly I don't want to know how much time we missed. I don't want to know by how long I missed being there to fight whatever’s killed my wife and daughter. Not knowing is better. Because, what's worse? Coming back to what you thought would be home and finding out they've been dead for years? Or finding out you missed it by an hour or two, one that only felt like seconds to you in a witch's embrace?

I don't want to know by how long I missed being there to fight whatever’s killed my wife and daughter.
From the Archives:
Sinking Among Lilies
Cory Skerry
With the clawmarks as a warning, I'd slept in my clothes.
text