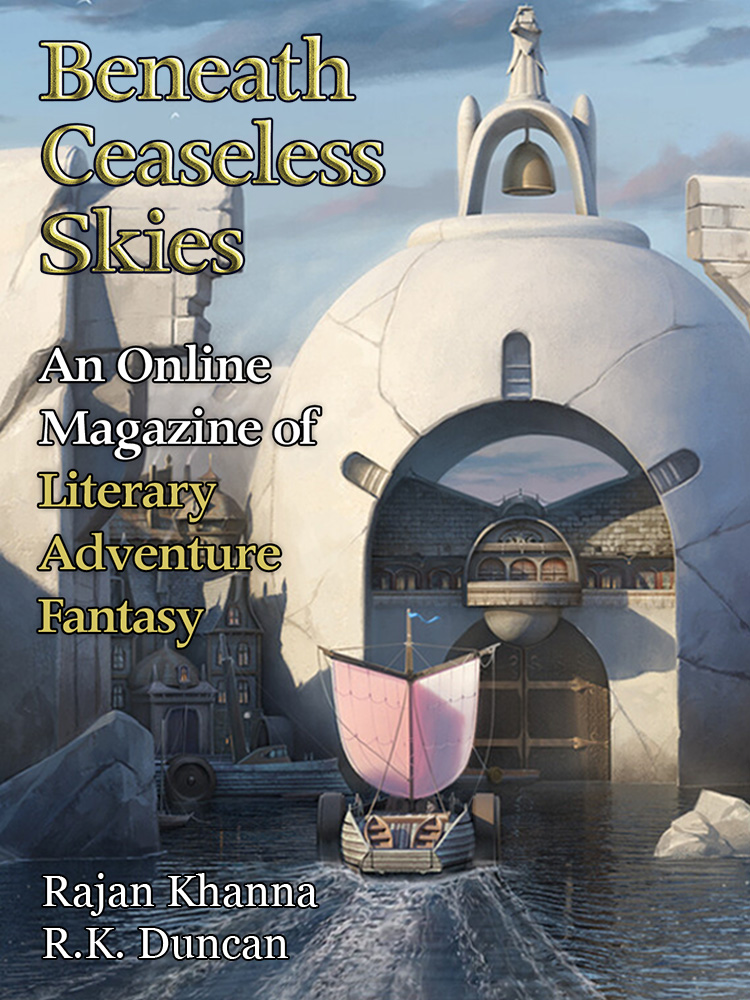 A Once and Future Reckoning
Rajan Khanna

The “dragon” was not what Artur had expected. It had rubbery skin and too many teeth, like the nightmarish offspring of a toad and a wolf. And it was fast. Far faster than an ancient creature should be. He’d barely managed to get his sword free before its fetid breath was upon him.

The “dragon” was not what Artur had expected.
Uncounted Leaves of Ends of Camelot
R.K. Duncan

The sap and time flow up, and Arthur pushes to follow, wills Merlin to guide him up the spreading branches to an end where Camelot stands past his death. He passes up through many interlacing threads of possibility. Sometimes wine is sour in his mouth as he learns of Gwen and Lancelot, sometimes he brings Morgause to court and lavishes every advantage on the boy who grows into his pale reflection, sometimes he does the deed he is here to atone for the thought of and sets Morgause and Morgan hard against him. No matter what the windings of the track, he sees the fire and the bloody clash of steel at Camlaan crimson on the far horizon.

Arthur is compressed, a grain of sand borne in the channels of the sap that fills and quickens the great oaken body of the wizard.
From the Archives:
The Five Days of Justice Merriwell
Stephanie Burgis
I see again my brothers’ grins beneath their iron helmets as my father released the holy fire upon the heretics.
text