A Sin for Freedom
Eboni J. Dunbar
And what was I? The only difference between us was that I had repented.
What the Mountain Takes, What the Journey Offers
Jae Steinbacher
When my lover gets the Burning, I prepare to go to the Binding Place, where the mountain meets the sea. Even in her delirium, she smells the offering meal cooking and sees my half-full pack. She begs me not to go. It’s a journey lovers and pilgrims take—to exchange vows or to petition Mother. The paths to the mountain shift with their travelers’ intentions, and we were much younger when we traveled there to be wed. I squeeze her hand. “I can’t stay and watch you fade.” There’s only one certain cure for the Burning. If I don’t go, Menrie...  Read more »
Recent Comments
Issue #362
Size / Zoom 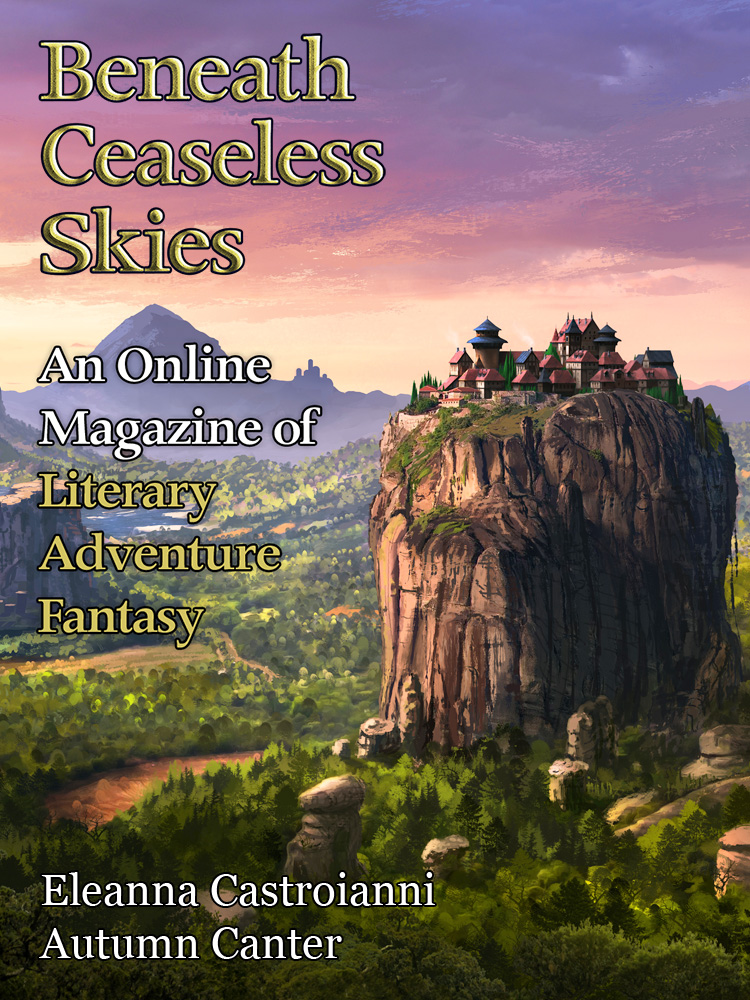 Their Eyes the Shape of Orchids
Eleanna Castroianni

Something in your mother's acceptance of my cruel words makes me see how, for a moment, I am the pathetic one. I’ve seen those eyes before. I’ve seen them on the faces of Surna girls who come to me to do the dampening and I know they’re carrying unwanted Innachor children inside them. In her eyes, I see for a moment how even the lucky ones who are pretty and pass and marry into Innachor upper ranks—sometimes, even those with a good life and caring husbands—are still every bit of Surna fate.

That much, your mother and I have in common.
The Shapeshifter’s Lover
Autumn Canter

Oh, she knew it was foolish, but she was still so much a girl—trying on womanhood as one might try on shoes. Her ragdolls still rested on her pillow, arms akimbo. During summer storms she would clutch them to her face and soothe herself to sleep, dreaming of princes and kisses soft as moth wings. The crow's kisses were not as she imagined. They were far better.

Dori had said into the Lorist’s old ear, “The crow came to me. He flew up to my windowsill and sang. He left his.”
Audio Vault:
What the River Brings, and What It Takes Away
Natalia Theodoridou

With an introduction from the author, explaining their beliefs on the story’s theme of individual freedom and autonomy.
From the Archives:
What the River Brings, and What It Takes Away
Natalia Theodoridou
The fawn is still in its mother's belly. Sapo kneels by the doe and feels for the outlines of the little one with her fingers. A gasp escapes her when it moves under the dead doe's skin.
text