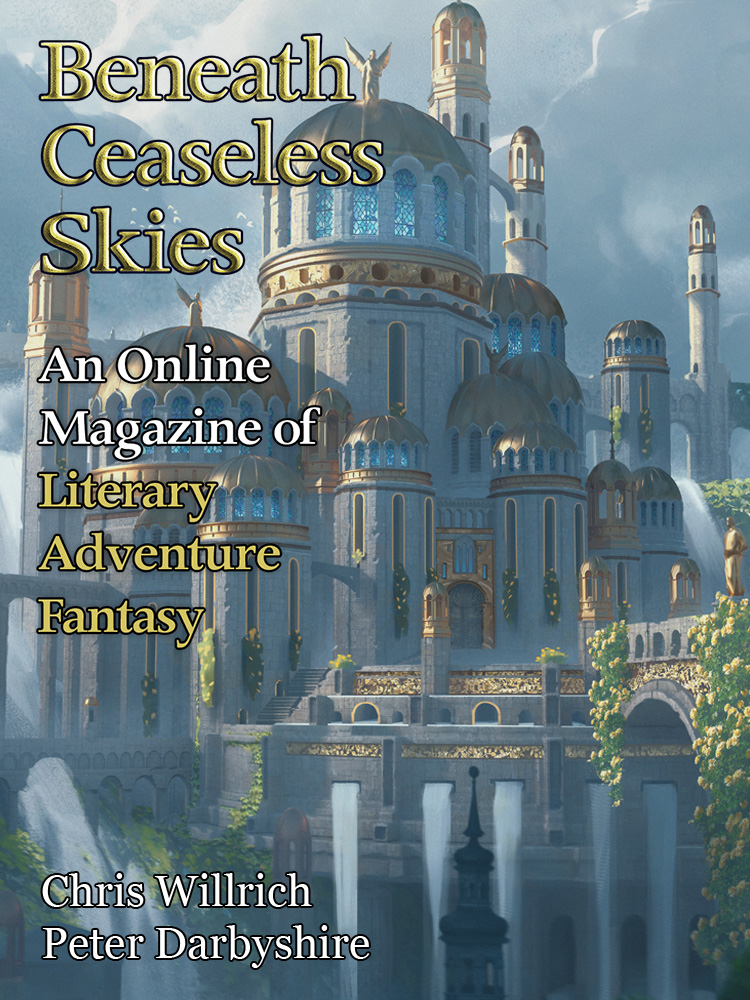 So a goblin priest—or exile—definitely wrote this, Gaunt thought. Drudger? The title Goblin’s Confession surely bore two meanings. Goblins saw oral culture as living, written culture as dead. For a goblin priest to record his doctrine was itself a crime—and this very work an admission of guilt—

So a goblin priest—or exile—definitely wrote this, Gaunt thought.
The Angel Azrael and the War Ghosts
Peter Darbyshire

Azrael knew this was no random robbery. Lazarus and the other ghosts had been looking for the chest they took from the coach. They’d clearly been lying in wait for it. Azrael knew he could keep on riding, just like Lazarus had suggested. There was nothing to keep him from getting back on the dead horse and following the wagon trail to Ezekiel's Remains or wherever else it led. In days past, that was exactly what he would have done. But, like he'd told Winter, he wasn't like that anymore.

“Let’s get the hell out of here instead,” Lazarus said. “For this is none other than Azrael, the angel of death.”
From the Archives:
The Drowned God’s Heresy
Lavie Tidhar
Now, forever exiled, he sought his home, his birth right, his throne. He would not rest until he found it.
text