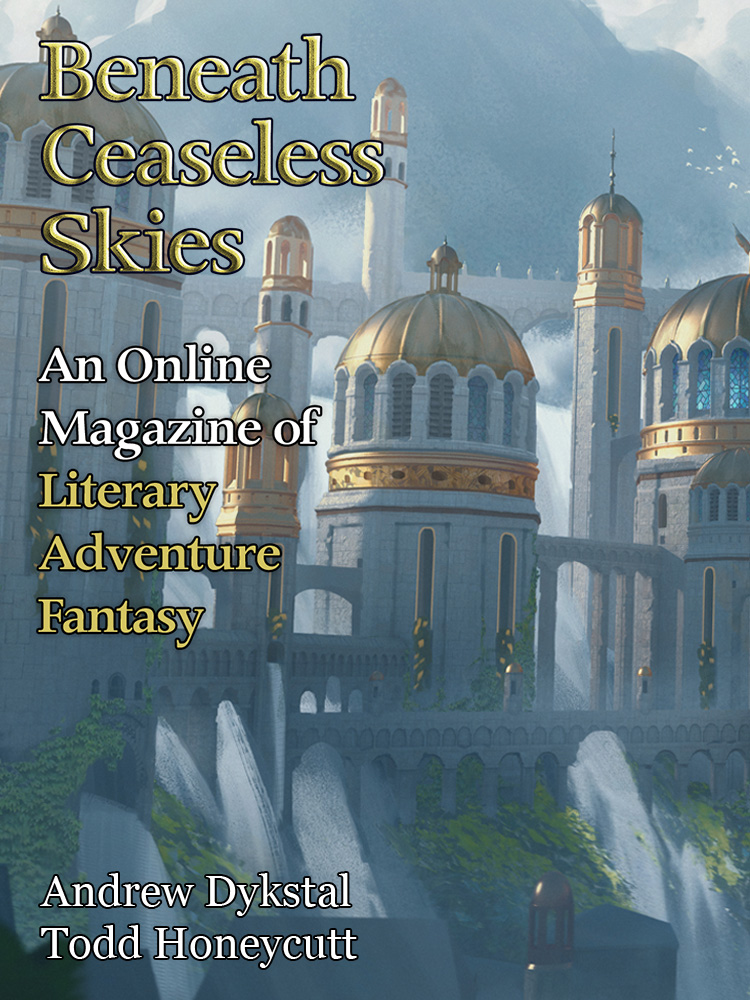 The experiment had shifted the star’s death a mere week, and she could see worry coiling inside Vittorio. She let it, even as she dug deeper into the records for the previous supernovae that he had mentioned more than ten years before. The dates and accounts showed steady increases in frequency and brightness, and the wall she’d raised against Vittorio trembled. She thought of the volcano, and of how much a small change might matter—and yet how undeniably small this change had been. The remnant burning in the night sky began to worry her, too, though she could not say why.

The entrails had placed the supernova of Desideratum on the thirty-fifth day of Harvest. She sculpted it around to late spring, when a faint second sun would do no harm.
The Future Without the Past Is No Future At All
Todd Honeycutt

Coming straight toward us was a young couple, a man with long moon-white hair and a woman whose hair was shadow black, in matching black Stetsons and dusters. They looked all sweetness and light, different than everything else in that town. There was no way they couldn’t be gods, and I hate to admit it now, but seeing them made me ashamed to be an apprentice to the god of remembrance, and I wanted nothing more than to be theirs.

I strained to pick him up and roll him into the back of the cart.
Audio Vault:
Portrait of the Artist
K.J. Parker

Introduced by narrator Carla Kissane, who narrated the original BCS Audio Fiction Podcast of the story.
From the Archives:
Scry
Anne Ivy
She had never imagined that she—the greatest scryer of her generation—could be lied to and tricked by her own husband.
text